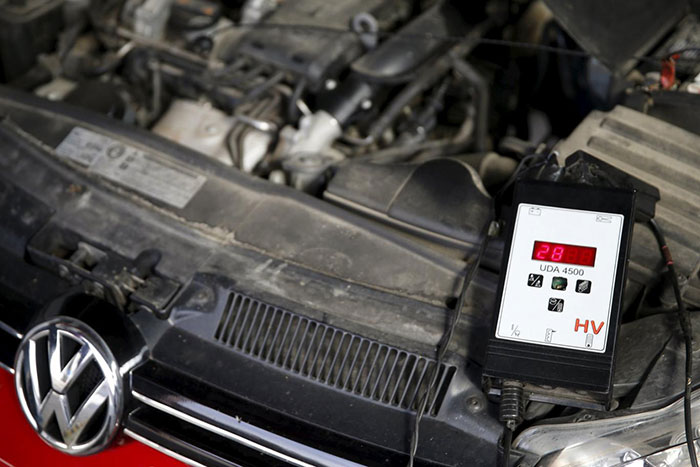 US Initiates Legal Action Against Volkswagen

The United States set the ball rolling against Volkswagen in the emissions scandal by filing a civil lawsuit on Monday for fitting over 600,000 cars in the country with defeat devices to clear emission tests. This was done in contravention of the Clean Air Act as it misrepresented the actual working of the pollution-control systems in the vehicles that were tested for vehicle certification. Due to the use of these devices, the diesel cars that were fitted with the devices passed the tests even though their emissions exceeded the permitted limits by 40 times. The complaint in the civil case was filed by the United States government in the US District Court in Detroit.

Commenting on the lawsuit, assistant attorney general John C. Cruden said that the use of devices to defeat emission control systems not only violates public trust but also jeopardize public health and give such companies an unfair edge over competitors. He added that the United States will proceed with the case in order to redress the violation of the country’s clean air laws.

The emissions scandal erupted in December 2014 when over a period of nine months, discrepancies were noticed between emission test results and the real-world emissions by officials working for the Environmental Protection Agency and the California Air Resources Board spent approximately nine months attempting to determine the source of the problem. According to the complaint filed in the District Court, officials from Volkswagen and Audi actively engaged in the concealment of facts and obstruction of the investigations conducted by the two government agencies during this period.

The EPA is set to fine Volkswagen as much as USD 37,500 for each car that violated the Clean Air Act, while the Department of Justice might penalize the company with a fine of USD 3,750 for every component that was meant to help the company cheat on emissions tests. The tentative figure based on these calculations show that Volkwagen could end up with fines to the tune of USD 18 billion.

Volkswagen has reportedly engaged in cost cutting measures in order to set aside funds to handle the cost of the emissions scandal. The company had also retained Kenneth Feiberg to head up a fund for compensating car owners who have been affected by the cheat devices in diesel models. The Department of Justice investigation is still going on in close cooperation with CARB and EPA officials.

“So far, recall discussions with the company have not produced an acceptable way forward,” said Cynthia Giles, assistant administrator for enforcement and compliance assurance at the EPA. “These discussions will continue in parallel with the federal court action.”