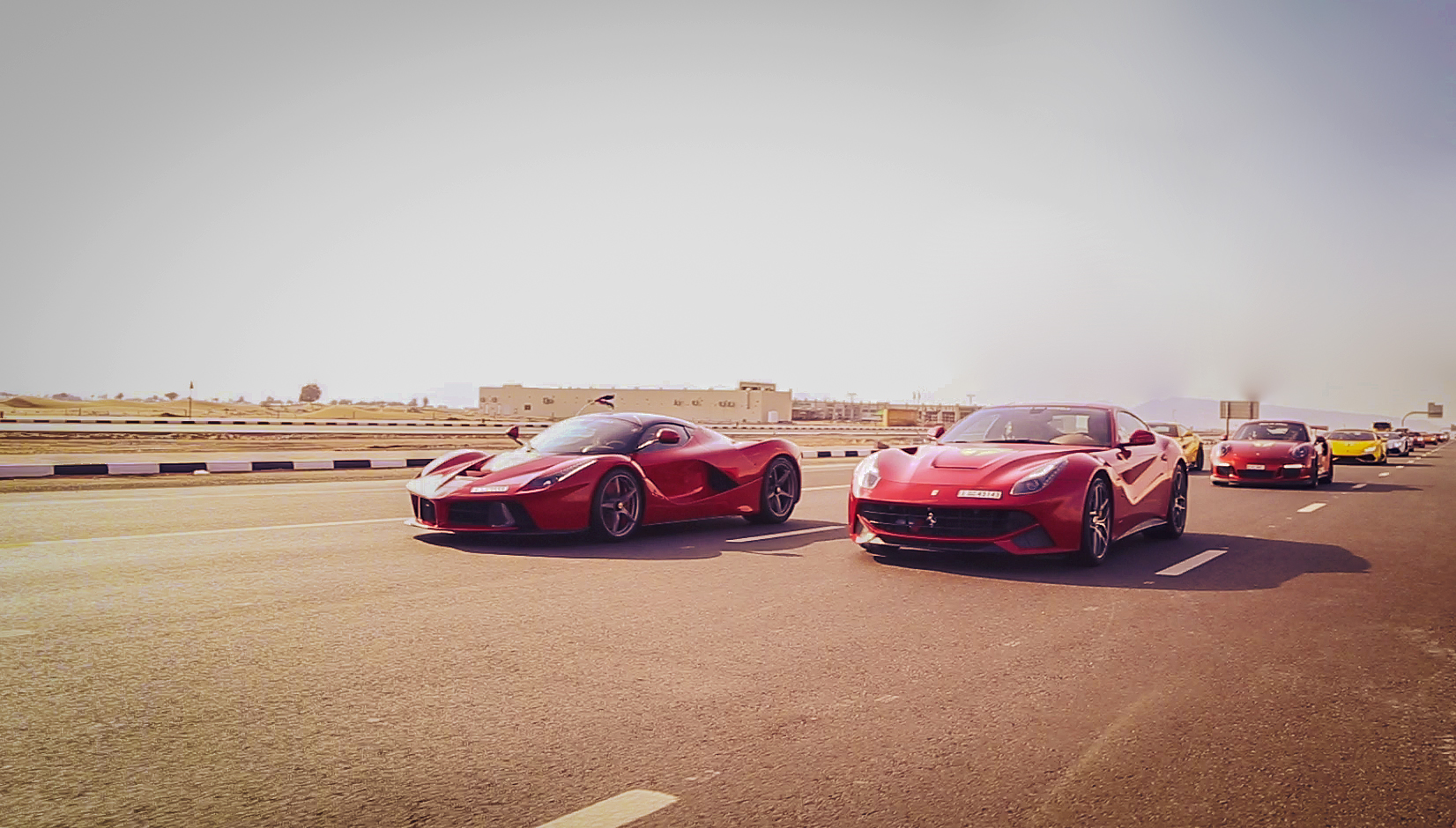 UAE supercars Celebrate the Spirit of the Union with Dazzling Event

Deals on Wheels, a leading dealership for supercars in Dubai celebrated the spirit of the union to mark the 46th UAE National Day with a dazzling display of a fleet of over 100 supercars from across the UAE. The special event was organized by Deals on Wheels in collaboration with Supercars Club Arabia and served as a platform to bring together the UAE’s culture, luxury and lifestyle. The array of supercars were displayed at the Deals on Wheels Mazaya Showroom on Sheikh Zayed Road, and included iconic models from marques like Ferrari, Lamborghini, Maserati, McLaren, Porsche and Aston Martin.
The most striking vehicle in the display was a Bugatti Veyron, that was specially wrapped in the colours of the UAE. In addition to the supercars, the event also showcased high-end art and luxury apparel based on the National Day theme.

Commenting on the occasion, Mohamed Redha Abdulla, founder of Deals on Wheels, said that he shared a special bond with the UAE as he was born and raised in the country. He went on to call the UAE the land of superlatives with the Burj Khalifa and Burj Al Arab being shining examples of the biggest and the best.

He added, “As for luxurious cars, there are few places on the planet where supercars are appreciated and driven as they are in the UAE. Through this event, we want to pay tribute to the tremendous progress that country has made in just 46 years, providing every comfort and an exceptional lifestyle to its residents”.

Supercar aficionados who attended the event were treated to an Emirati lunch, specially crafted refreshments and oxygen boosts before starting their drive to Hatta. The road trip, which started from the Deals on Wheels showroom on Sheikh Zayed Road, covered some of the most spectacular and scenic driving roads in the country and served as perfect tribute to a country that is known for its passion for cars.
Deals on Wheels was established in 2008 and has an inventory of over 200 prestigious vehicles. Supercar Club Arabia, was founded in 2014 to create an exclusive supercar network to explore and experience the world’s best roads for the ultimate supercar driving experience.