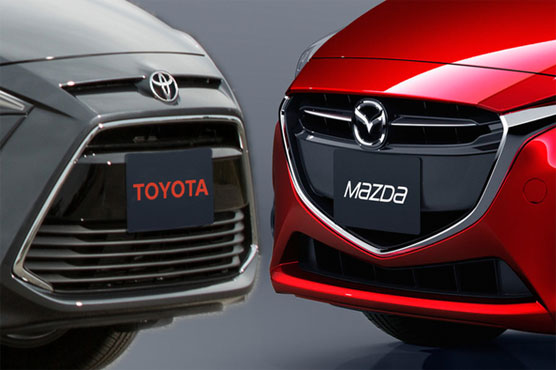 Toyota Ties Up with Mazda for Electric Car Technology

Toyota Motor Corp has tied up with Mazda to work on electric vehicle technology. With many countries bringing in rules that will encourage adoption of electric cars and slowly phase out vehicles powered by petrol and diesel in order to cut down on emissions, all automotive companies are vying with each other to develop their very own battery powered models.

Tesla has already got a head start in this segment, but other automakers like Volvo and Nissan are already working on fully electric models. Battery costs have declined and this now makes it possible to create more powerful all-electric models.

Toyota will form a joint venture company called EV Common Architecture Spirit Co Ltd in which it will have a 90 per cent stake with Mazda and Denso, its largest supplier being the other stakeholders, each having a 5 per cent stake. The new company will focus on technology for a range of electric cars, which will comprise light trucks, SUVs, passenger cars and minivehicles.

The creation of the joint venture company will build on the partnership with Mazda that Toyota had announced back in August when it had taken a 5 per cent stake in Mazda. The focus of the joint venture would be on the development of affordable electric vehicle technologies.

Toyota would bring to the partnership most of the EV expertise and the investment that is needed, but Mazda will have a lot to contribute too when it comes to engineering expertise. The company has been recognized for its development of breakthrough technologies like its compression ignition engine.

Neither Mazda nor Toyota have developed a fully electric passenger car yet as Toyota had previously focused on bringing hydrogen fuel cell models like the Mirai to the market. Toyota finally set up a division to develop electric cars last year under the leadership of the company’s President Akio Toyoda and has plans to launch EVs in China in the coming years. Mazda has a very limited budget for R&D when compared to Toyota, but nevertheless had plans to launch EVs by 2020.

Other companies are far ahead in the race. Nissan’s model, the Leaf is one of the top selling electric cars in the world. Its partner, Renault projects that electric models will account for 30 percent of their vehicle sales by 2022.