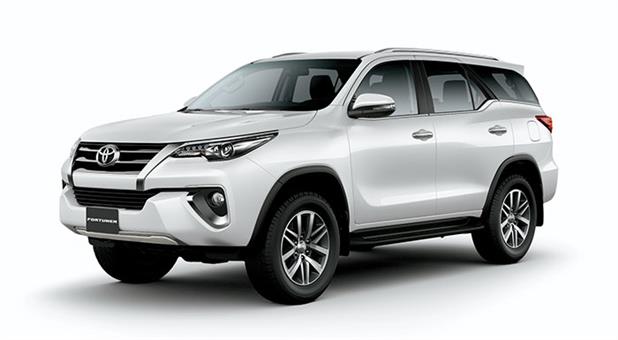 Toyota SUVs Firm Favorite of Filipino Motorists in the UAE

Toyota is one of the largest automakers in the world and now the company has added another feather to its cap by winning the “Preferred SUV Car Brand of the Year” accolade at The Filipino Times (TFT) Awards 2016.

The Japanese car manufacturer won the title after public voting through a survey that was conducted to find the brands which members of the Filipino community in the UAE preferred when it came to aspects like banking, dining, shopping outlets, electronics. One of these categories was the favorite SUV brand category.

Speaking about the win Saud Abbasi, Managing Director of Toyota at Al-Futtaim Motors, said that Toyota has always prided itself on having a car for every need, and is well known for its core values of durability, quality, and reliability. He went on to express his pleasure to be voted as the top car brand by the Filipino community in the UAE, which further strengthens Toyota’s position as top automotive brand in the UAE’s. In the UAE, Toyota is backed by over 61 years of experience that its exclusive distributor in the country, Al-Futtaim Motors has in applying its customer-first ethos.

He added that Filipinos are known for appreciating not just the stylish designs, but also the unrivalled performance and fuel economy that Toyota vehicles have. He further said that Toyota vehicles offer a low Total Cost of Ownership that cannot be matched by any other brand in the market. This makes Toyota vehicles the best proposition for any personal or business need.

Following an internal study, Al-Futtaim Motors found that the SUV vehicles that were most preferred by Filipinos were the RAV4 and Fortuner. The study also found that most Filipino customers are based in Dubai and the preference for Toyota is almost equally split between both genders, with male buyers accounting for 54% of the total Filipino customers.