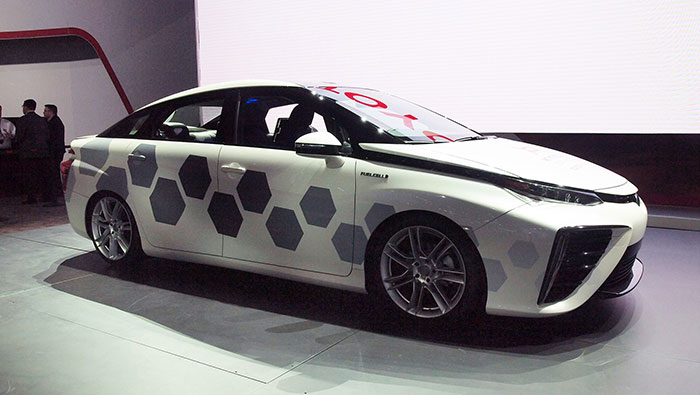 Toyota Motor Corp has announced that it will be expanding its partnership with Microsoft for developing new internet-connected vehicle services for customers and dealers. The two companies have been collaborating in this regard for the past five years. The automaker has set up a new venture called Toyota Connected in which Microsoft has a 5 per cent stake at its headquarters in Plano, Texas. Toyota Connected will serve as the company’s hub for “data science” and will integrate all its current connectivity services under one roof.

Zack Hicks, chief information officer of Toyota Motor North America will serve as the chief executive of the new entity. Some of the services that Toyota Connected will deal with include sharing of information on weather and traffic patterns through connected vehicle networks, calculation of insurance coverage and rates based on the driving patterns of motorists, delivery of information services based on driver’s preferences and habits and monitoring parameters of personal health like heart rate and glucose level for motorists

The new wireless services function using Microsoft’s cloud-based Azure platform. Toyota began working with Toyota on connectivity back in 2011. Ford is another automaker that started working with Microsoft one year ago. Nissaan Motor Co and BMW AG announced that they too would be using Azure-based services.

According to a statement from Toyota, Toyota Connected will use Microsoft’s cloud technology to develop “predictive, contextual and intuitive services” to lend a more human aspect to the driving experience, keeping technology in the background. Toyota Connected will also serve as a single umbrella for integrating the company’s research and developments in the field of data analytics, data management and data services for both customers and dealers. Other areas Toyota Connected will handle include robotics and artificial intelligence, and the development of autonomous cars.