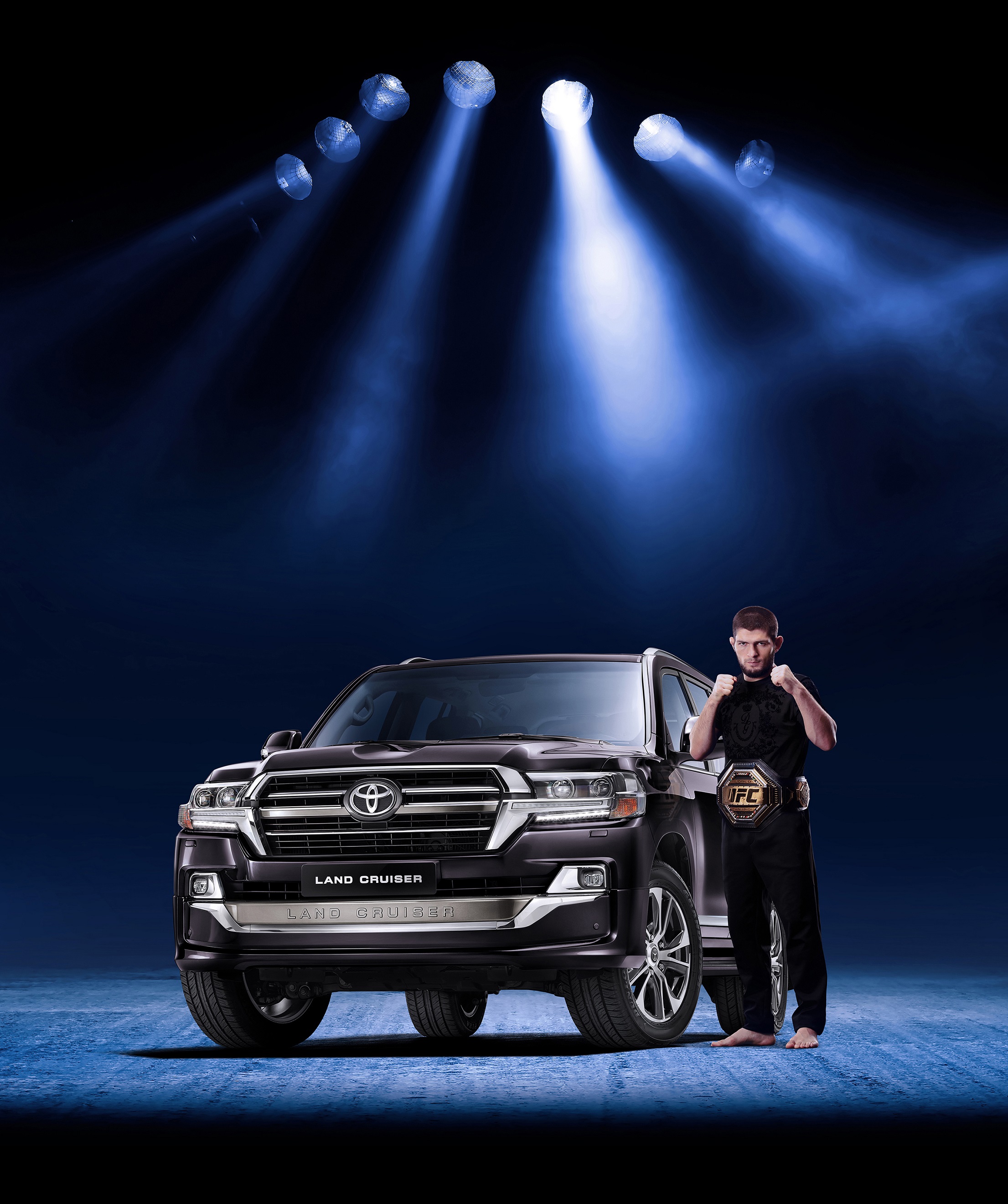 World UFC champion established his supremacy in the field with an undefeated run and a crushing victory over Dustin Poirier in the finals. Toyota paired one champion with another when it gave Nurmagomedov a chance to have an encounter with the King of the UAE’s roads – the Toyota Land Cruiser.

“Khabib Nurmagomedov has once again proved he is the undisputed champion of the sport,” said Saud Abbasi, Managing Director of Al-Futtaim Toyota. “Just like the Land Cruiser’s globally recognized legendary off-road performance, Khabib has been dominating the sport for many years and his career record, which now stands at 28-0 ,speaks for itself. We offer him our congratulations for his recent win and wish him all the best for his future contests.”

Toyota recently crossed a highly significant milestone with the announcement that it had achieved cumulative global sales of 10 million units of its legendary Land Cruiser series.

The new milestone attests to the Land Cruiser’s positioning as a global and regional icon that has an impact on the lives of millions of people across the globe every day. Thanks to its versatile features and capabilities, the Land Cruiser is recognized as a four-wheel-drive off-roader that is used around the world for a broad array of diverse needs. YallaMotor, a leading automotive portal recently conducted a survey which revealed that the iconic Land Cruiser is the most popular large SUV in the UAE.