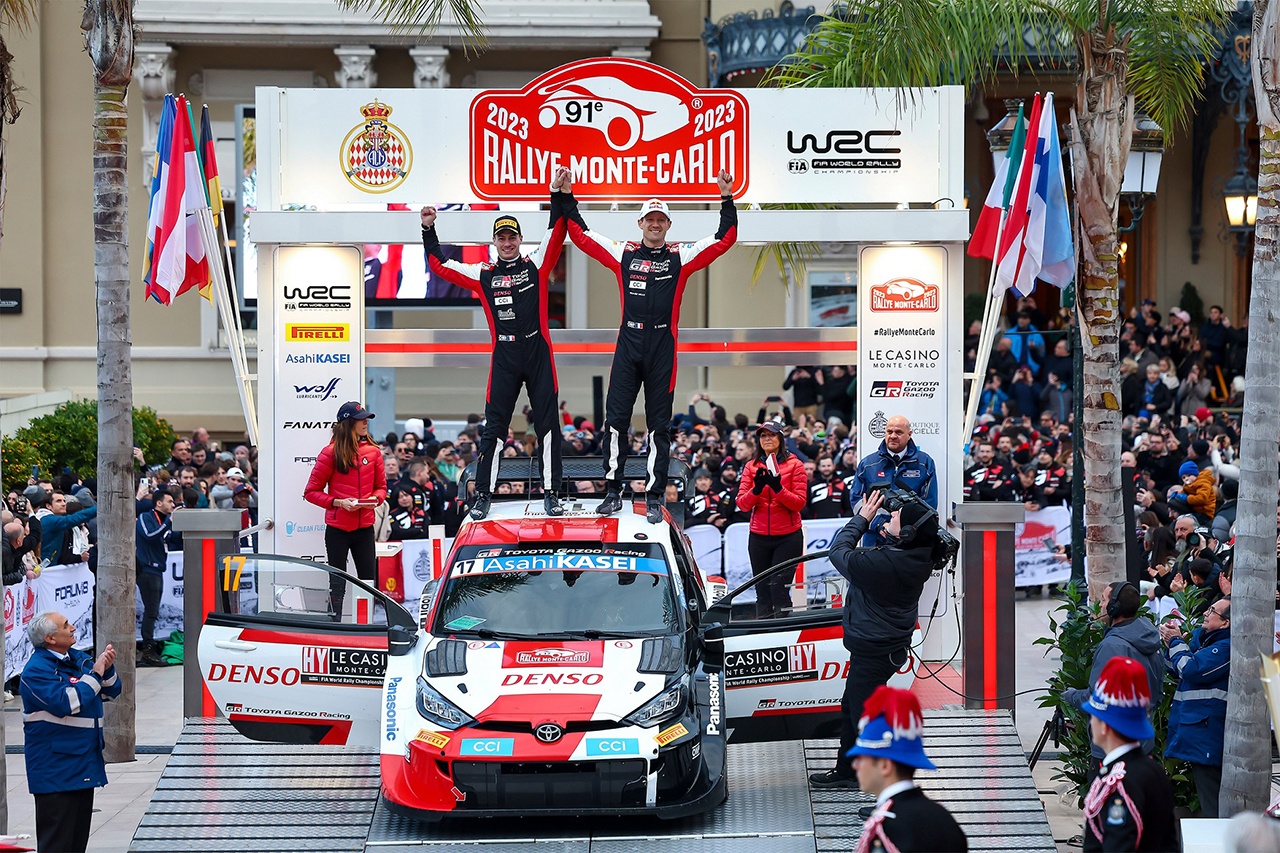 Ogier set the pace from the start, with five straight stage wins amid mostly dry weather to open up a 30-second lead by the middle of day two during the four-day event. The Toyota GR YARIS Rally1 Hybrid Electric Vehicles were fastest across the first 11 stages. With Ogier’s eighth and ninth stage win, and the TGR team’s GR YARIS Rally1 Hybrid Electric Vehicle finishing first in 16 of the event’s 18 stages, TGR secured its fifth Rally Monte Carlo win.

Akio Toyoda, President and CEO of Toyota Motor Corporation and TGR Team Founder, commented: “Congratulations on the ninth victory for Ogier in Monte Carlo! It was the start of the second season for our GR YARIS Rally1 Hybrid Electric Vehicles. The team began the preparation for this season right after Rally Japan last year and made lots of updates to the vehicles in a short period of time. I really appreciate all of the team members who always work so hard, even in the holiday season. In response to their efforts, Sébastien and Vincent won the rally and the other crews completed all the special stages. It became a great season opening as a team. Thank you very much to all!”

Over the years, Toyota has participated in many different motorsports forms, ‎including Formula One, the World Endurance Championship (WEC), and the Nürburgring 24 ‎Hours endurance race. Toyota’s participation in these events was overseen by separate ‎entities within the company until April 2015, when Toyota established TGR, ‎to consolidate all of its motorsports activities under one in-house brand. Representing ‎Toyota’s belief that ‘the roads build the people, and the people build the cars,’ TGR highlights the role of motorsports as a fundamental pillar of Toyota’s commitment to ‎making ‘ever-better’ cars. Harnessing years of experience gained under the extreme ‎conditions of various motorsports events, TGR aims to forge new ‎technologies and solutions that bring the freedom, adventure, and joy of driving to everyone.

The second race of the 2023 FIA WRC championship will be held in Northern Europe from 9-12 February and is the only full winter event of the season taking place on snow and ice. Metal studs will be inserted into the tyres of participating vehicles to provide grip, allowing for some of the highest speeds of the year.