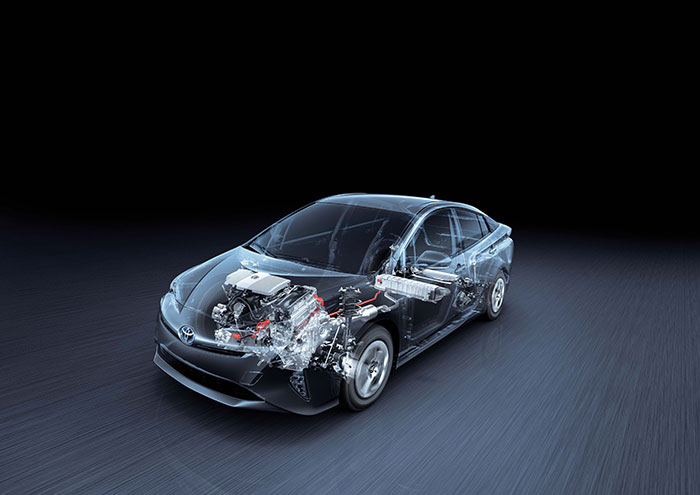 Toyota Motor Corporation has announced that it has crossed the milestone of 9 million deliveries by April 30, 2016 when it comes to cumulative sales of hybrid vehicles across the globe. The last million units were sold in a short period of just nine months.

Creating eco-friendly models is part of Toyota’s core strategy and the company has taken a leading role in promoting the large-scale use of hybrid vehicles across the globe. The company is now offering retail customers a choice of as many as 33 hybrid passenger car models and one plug-in hybrid (PHV) model across over 90 countries and regions.

Speaking about the achievement of this milestone, Takayuki Yoshitsugu, Chief Representative of Middle East & North Africa Representative Office, Toyota Motor Corporation said that the steady rise in sales of hybrid vehicles points to the growing popularity of hybrid vehicles backed by Toyota’s significant efforts in developing ever better cars. Hybrid vehicles are a feasible option when it comes to green motoring and offer a rewarding driving experience in comparison to a conventional car. Toyota was able to achieve this milestone thanks to widespread customer acceptance of hybrid vehicles as a viable alternative and Toyota’s development of vehicles offering the most innovative technology. He went on to express his gratitude to customers who have supported the company’s efforts to develop hybrid technologies.

In October 2015, Toyota had announced the Toyota Environmental Challenge 2050 detailing challenges it would undertake in order to reduce the impact of automobiles on the global environment to as close to zero as possible, and to do its bit to contribute to the creation of a sustainable society. As part of this drive, Toyota is working to expand its range of hybrid vehicles even further and has set a target of achieving annual sales of 1.5 million units, and cumulative sales of 15 million hybrid units by 2020.

Toyota calculates that crossing the milestone of 9 million hybrid units by April 30 has helped the company cut CO2 emissions, which are believed to contribute to global warming, by 67 million tons. The use of these hybrid vehicles has helped to reduce the consumption of fuel by approximately 25 million kiloliters of gasoline as that is the amount of fuel that would have been used if these customers had opted for conventional gasoline-powered vehicles.

Toyota launched the Coaster Hybrid EV in August 1997 and the Prius―the world’s first mass-produced hybrid passenger vehicle―in December of the same year. Ever since, Toyota hybrid vehicles have received excellent feedback from customers across the world.