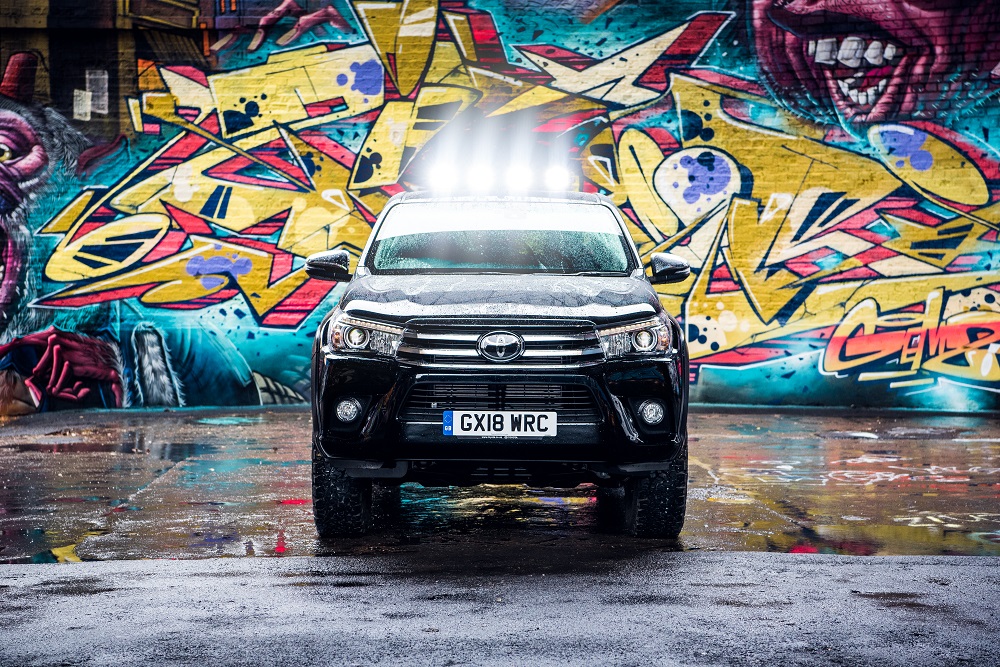 Over the past 50 years, the Toyota Hilux has been acknowledged the world over as one of the frontrunners in its segment. It has conquered both the North and South Poles, used for scaling the slopes of an erupting volcano and survived numerous ordeals of fire, water and explosives in episodes of the Top Gear television programme. To mark these eventful 50 years, Toyota decided to create a new and exclusive Hilux called the Hilux Invincible 50.

Arctic Trucks and Bilstein worked on the development of a new performance suspension system for the limited edition model. The new 16 x 7.5 ET05 alloy wheels are specific to the Invincible 50. They come with a machined lip, are finished in satin black and are fitted with 265/75R16 BF Goodrich KO2 all-terrain tyres. The Hilux has even greater off-road capability thanks to this special wheel and tire combination in addition to more ground clearance (the vehicle is raised by 40mm at the front and 20mm at the rear), added articulation and increased approach and departure angles. These factors do not in any way compromise the model’s smooth and confident on-road performance.

New styling elements include bespoke, wider front and rear wing treatments in order to reinforce the model’s muscular nature and raised stance. The pickup sports a double-hoop sports bar over the vehicle bed, and this bar serves as a raised platform for a battery of four high-power Vision X lights. These multi-source LED units can be used for projecting a smooth and powerful light over a great distance, irrespective of the nature of the driving terrain.

Other features which are not available in the standard Hilux include rear Arctic Trucks mud flaps, rear parking sensors, a tough Line-X bed liner and classic Toyota tailgate graphic. The cabin of each pickup belonging to the limited edition series comes with a numbered Invincible 50 plaque in the cabin. The wings, wheels, doors, tailgate, sports bar, lighting and interiors also sport Invincible 50 chrome badging and detailing. All vehicles are finished in black paintwork.

Toyota started taking orders for the new Toyota Hilux Invincible 50 on 1 November with customer deliveries scheduled to take place through December into the New Year.