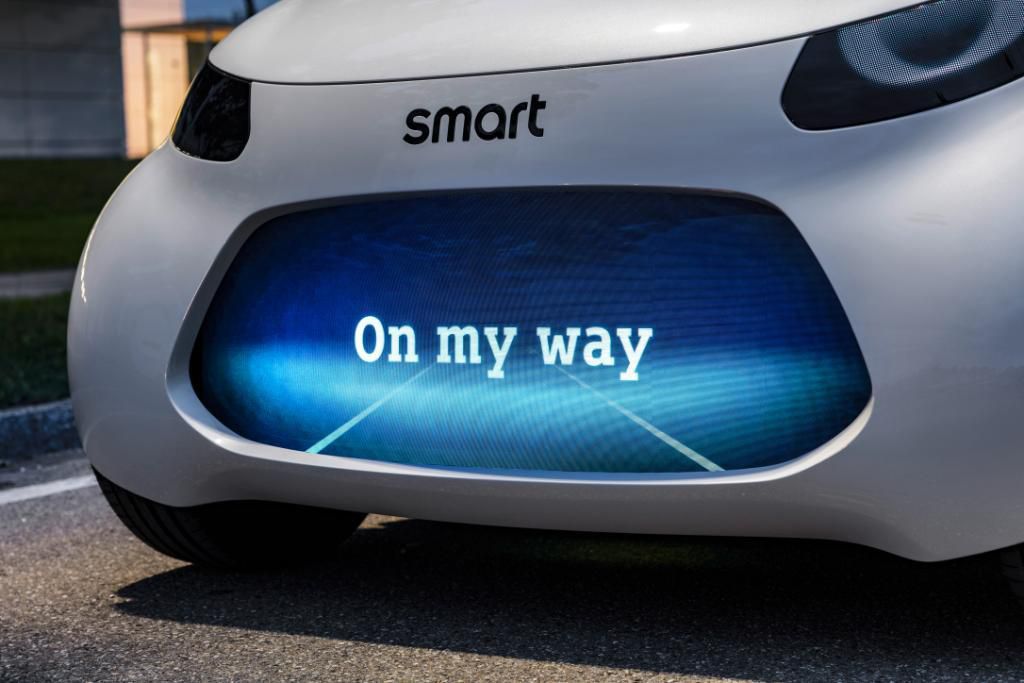 Daimler might have exhibited a lot of style and flair for design with its range of compact Smart ForTwo range, but the Smart cars were not really profitable. The company looks like it is trying to change this with its plans to showcase a Smart pure electric concept car at the 2017 Frankfurt Motor Show. The electric car would be an ideal fit for the self-driving, shared urban mobility concept that will gain increasing acceptance when it comes to future mobility.

Daimler has teased the Smart concept EV on its social media pages like Instagram and is expected to exhibit built-in capabilities for carsharing and full autonomy. It is likely to communicate its intentions to other motorists and the pedestrians on the road with a dynamic billboard-like display screen in its nose, based on the teaser image that Daimler has released.

According to Daimler, the Smart concept EV will be the company’s first vehicle that will reflect its new “CASE” corporate strategy: “Connected, Autonomous, Shared, and Electric.” Smart had been in the new earlier this year with its plans to end sales of all petrol powered models in the United States. The 2018 model-year Smart ForTwos will be electric only.

Smart has not disclosed the details of the engine of the show car that will be displayed at the Frankfurt Motor Show, but it could be quite similar to that used in the current ForTwo Electric Drive. The current model has a pure-electric powertrain with an output of 80 horsepower, 118-pound feet of torque, and a 17.6-kWh lithium-ion battery that can provide a range of 124 miles in an urban setting.

Other models that Daimler will debut at the Frankfurt Motor Show include the new EQ electric concept  and Mercedes-AMG’s long awaited Project One hypercar.