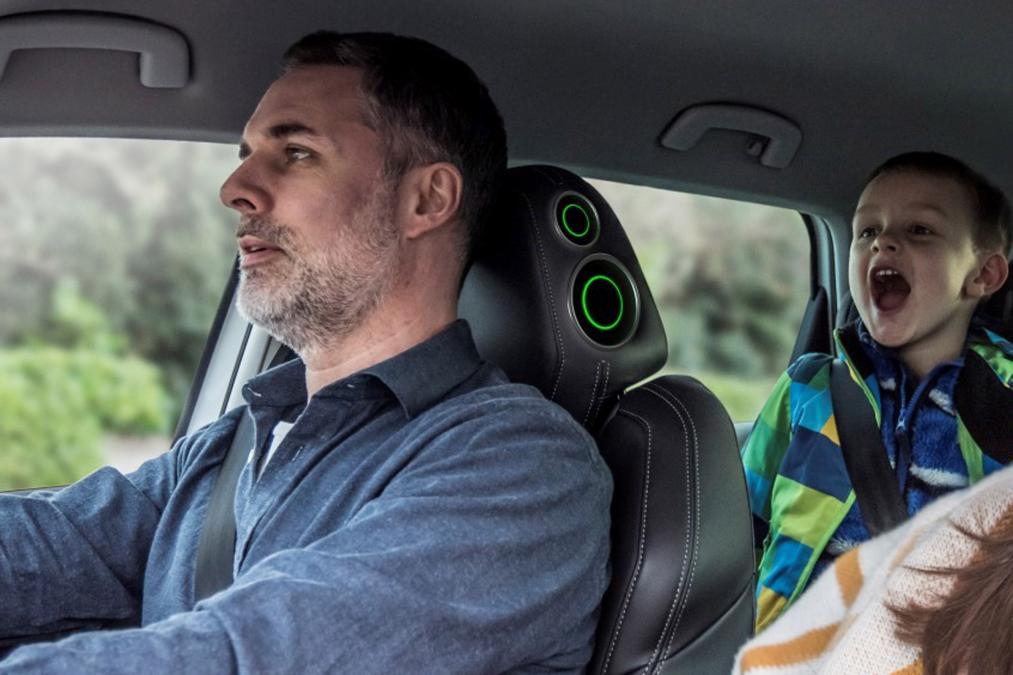 Skoda comes up with Noise-cancelling Headrest for April Fools Day

One problem that parents face when driving with their kids is the immense noise that could arise from kids squabbling in the backseat. These squabbles could be for minor reasons like keeping the windows up or down to which radio station to listen to. One thing no one can dispute is that these kind of backseat squabbles can cause immense distraction for the driver and take their attention away from the road.

For April 1, this year, Skoda came up with the concept of a noise-cancelling headrest that could tune out the noise from backseat squabbles.

This is one April Fool’s day concept that motorists might really like. Based on the release that Skoda sent out, the , the noise cancelling headrest comes with QuarrelKancel technology that has the capability to filter out the noises from the backseat so that the driver can focus better on the road. The technology can be deployed through the infotainment system and would be available as an accessory on the new Skoda Karoq SUV, which the company is planning to launch soon. With seconds of any dispute breaking out in the rear seats, the technology which comprises inbuilt speakers can be deployed by the driver by just touching a button on the Skoda infotainment system. According to Skoda, the system can also work in ‘automatic’ mode, and proactively help the driver by ‘listening’ for the first signs of an argument.
Skoda said that the system was conceptualized by the company’s “Chief of Family Relations”, Professor Si Lence and Special Projects leader, Dr April Fürst. They developed the technology with the aid of a scream team who volunteered to help them refine the technology by testing its ability to block their screams.

Furst reportedly said that Skoda had tested 1,000 families over 10,000 miles and identified that 80dB, the level of sound that is emitted by a vacuum cleaner, is the pitch that parents hate the most.