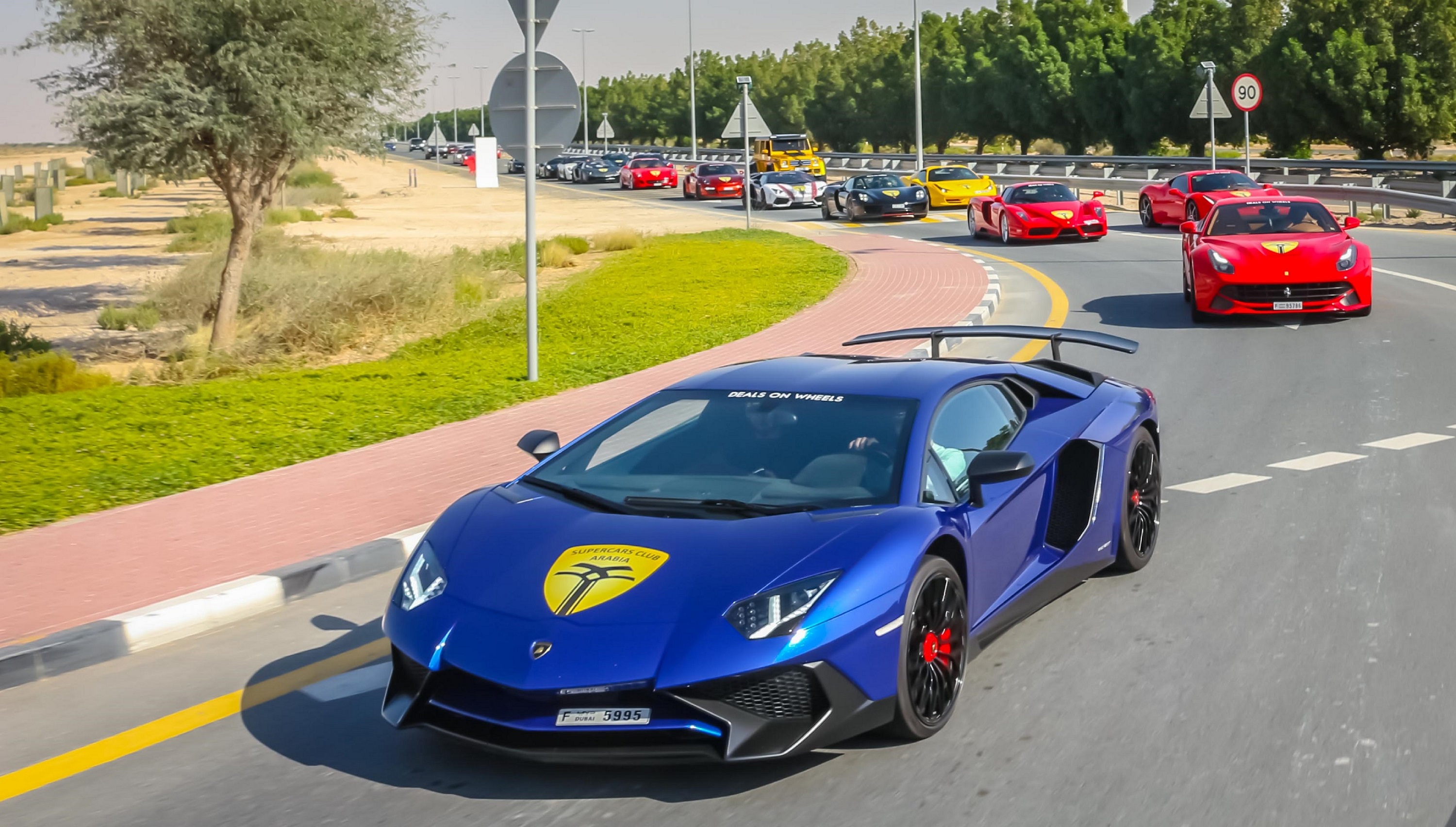 While most people in the UAE ushered in the New Year by watching the exciting fireworks at Burj Khalifa, the SCA Drive marked a different kind of New Year celebration. The second edition of the SCA Drive marked the advent of the New Year by bringing together a spectacular array of supercars sourced from supercar drivers and aficionados as they celebrated the beginning of 2018.

The event was jointly organized by Deals on Wheels and Supercars Club Arabia, and involved a drive by a spectacular fleet of supercars comprising models like Aston Martins, Bugattis, Ferraris, Lamborghinis, Maseratis, McLarens and Porsches from the showroom of Deals on Wheels at the Oasis Centre in Dubai to Bab Al Shams. The cars eventually parked at La Mer.

The event was held as part of a bimonthly feature that is meant to highlight the luxurious lifestyle that can be enjoyed in the UAE, where on the roads, one can see a wide range of supercars which are rarely seen in other countries. The campaign was launched on National Day in 2017 with an event as part of which a supercar driver drove from the Deals on Wheels’ Mazaya showroom to Hatta and then City Walk.

Commenting on the New Year event, Mohamed Redha Abdulla, founder of Deals on Wheels, said that there is no place like the UAE for those who appreciate the finer things in life. According to him the purpose of these drives is to highlight to the world the UAE’s reputation as place where dreams do indeed come true, and a place where the ultimate luxury is easily accessible.

He added, “As the New Year rolls in and an increasing number of tourists arrive in droves, we would like to introduce them to a country which offers so much in terms of natural beauty. From the sandy desert of Bab Al Shams to eclectic beaches of La Mer and everything that’s between the two, the route selected highlights the diverse landscape of UAE in a beautiful, exciting manner”.

Deals on Wheels was established in 2008, and is one of the fastest growing supercar dealerships in the world. It boasts of an inventory of over 200 prestigious vehicles.

Supercar Club Arabia, was set up in 2014 to create an exclusive supercar network with the goal of exploring and experiencing the world’s best roads for the ultimate supercar driving experience.