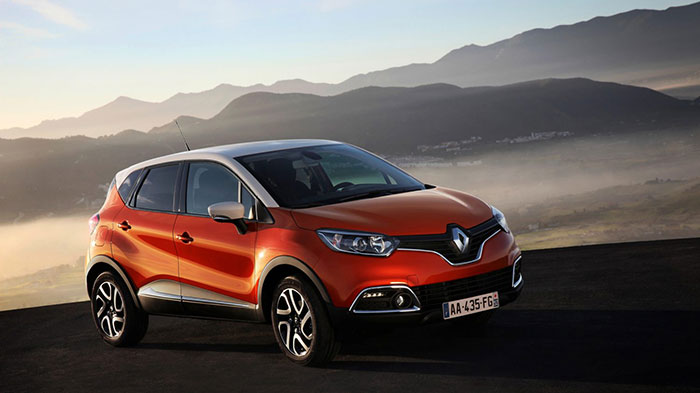 Renault recently extended its range for the Russian market with its launch of the all-new Renault KAPTUR crossover in Russia. The new model with which will be equipped with four-wheel drive transmission is one of the 10 new models that the President and CEO of the Groupe Renault, Carlos Ghosn had announced at the beginning of 2016 as part of the company’s drive to expand outside Europe.

The SUV segment is growing at a fast pace in the Russian market and the launch of the all-new KAPTUR will help Renault to consolidate its position in Russia and its neighboring countries. The brand’s models in the cross-over and SUV segments in Russia currently include the Duster, the Koleos and the Sandero Stepway.

The new crossover was designed specifically for the Russian market not only with regard to its name but also with regard to its dimensions and its four-wheel transmission incorporating a locking center differential which is ideal to tackle the harsh conditions created by Russia’s cold spells. Other notable features that make the SUV ideal for the Russian market include its high ground clearance (204 mm), the Remote Engine Start System, heated windscreen and front seats and its heavy duty suspension.

When it comes to the external features, the KAPTUR is inspired by Renault’s six-petal flower strategy to symbolize the human life cycle and this design platform is being used for the first time in the Russian and S markets.

“To design Renault KAPTUR, we have mixed the best of Renault’s eye-catching design with a specific attention to Russian needs for off-road abilities, travelling comfort and versatility,” said Laurens van den Acker, Corporate Design, Vice President, Groupe Renault, at the launch of the model in Moscow yesterday. The KAPTUR is indeed a genuine crossover with a strong, muscular design.

The most striking elements of the front end include a bold Renault logo against the gloss black background, a honeycomb mesh pattern for the wide upper section of the distinctive grille, and a sculpted bonnet and door inserts which add to the robust nature of the model. The 3D-effect LED taillights lend a C-shaped pattern to the lighting display in the rear.

The interior is comfortable and modern with the driver enjoying a high driving position and rear seats that can comfortably seat three passengers. Loading the spacious boot is easy thanks to a wide tailgate aperture (1,002 mm) and additional boot lighting).

Technological features that motorists will love include a MEDIA NAV system for all basic multimedia functions, keyless entry, ignition and locking for all versions, radio and Bluetooth® connectivity for audio streaming and hands-free use of mobile phones.