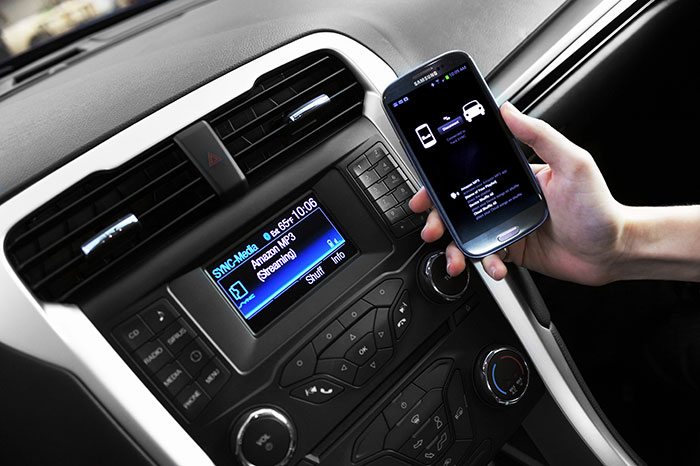 Parents and Teenage Drivers Stay in Sync with Sync from Ford

Teenage motorists are more prone to distraction behind the wheel than adults, especially when parents call or text to check on their welfare. According to a survey conducted by Nielsen, one of the top distractions teenage motorists complain about are phone calls and texts from helicopter parents who are anxious about their childrens’ safety, though at least half of the young drivers in the study reported they inform parents about their whereabouts before they start on their journey. According to Nielsen, as many as one in three young drivers feel such interruptions by parents are more distracting than those from friends. Even when it comes to adult drivers, one in five drivers reported being distracted by calls and texts from family members while they are behind the wheel. The only distractions that rate higher than these are low visibility conditions and messages and calls from friends. With visible distraction having a greater impact on concentration than other types of distractions, Ford has come up with ways and means for parents to check on the status of their teenage drivers without distracting them.

Ford has used its SYNC technology to come up with several means drivers can use to update their loved ones on the status of their journey. For example, using Fors SYNC, drivers can use either hands-free dialing or voice-activated services to use the phone while keeping their eyes on the the road and their hands on the steering. They can also use the “Do not disturb” feature which can be employed when a driver connects hiss smartphone to SYNC with MyFord Touch® or SYNC. This blocks all incoming calls and texts. It perts calls to voicemail and saves tets so they can be read when the driver is at leisure. Parents also have the option of configuring the vehicle settings with Ford’s standard MyKey® feature. This can be used limit the top speed of a vehicle, to provide alerts at certain speeds, control the volume of the radio and even put a limit a vehicle’s maximum speed and radio volume, put a paired phone into “Do not disturb” mode if the teenager fails to do so. It can also increase safety through the persistent Ford Belt-Minder® that sounds chimes and shuts off the radio till both the driver and passenger belts are fastened

The Nielsen survey covered 1,222 teenagers in the age group of 16-20 years from the United States.