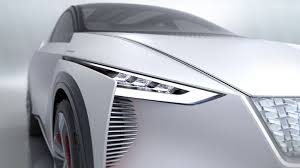 Nissan to Phase Out Sale of Diesel Models in Europe

Nissan has revealed plans to gradually phase out the sale of diesel models in Europe. The leading car manufacturer has already cut hundreds of jobs at its plant in Sunderland, UK due to the fall in demand for diesel models and has now finally announced that it would be totally phasing out diesel models in the coming years.

In the first quarter of 2018, the demand for diesel demand in Britain fell by a third. Nissan’s sale of diesel of diesel models in the UK fell by 35 percent while in the UK overall, sales have dipped by 12 percent.

Nissan can now turn its attention to its range of electric vehicles, where the company has a strong position in the market, with the Leaf being the best selling electric car in the UK and also on a global basis. Nissan is currently launching an all-new second-generation version of the Leaf.