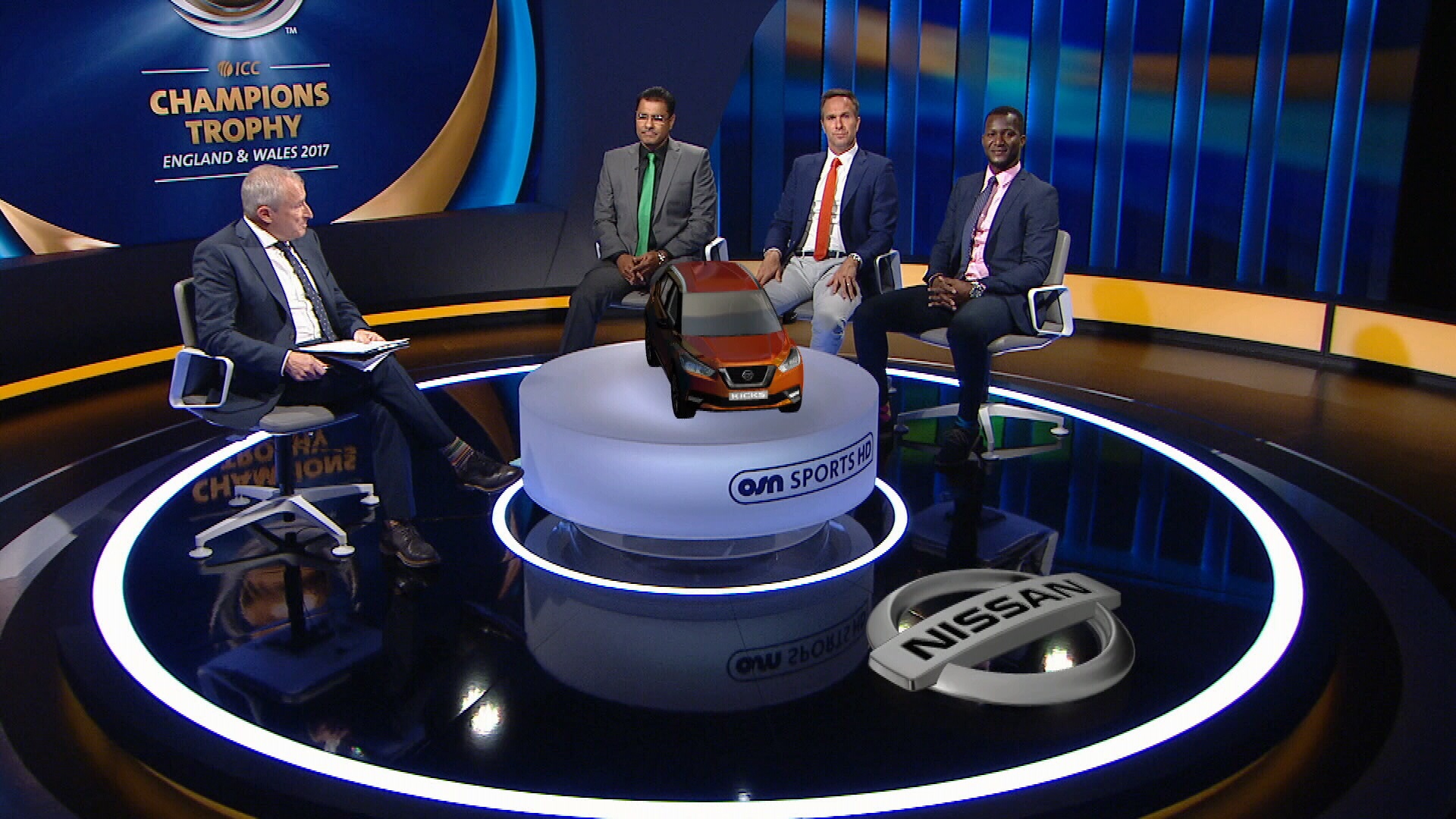 If there is one game that has a massive following in the Middle East, it is cricket thanks to the huge number of expats and migrant workers from South East Asia in the region. One of the highlights of the cricketing calendar this year was the International Cricket Council’s ICC Champion’s Trophy 2017 in England and Wales. The series concluded with a bang with the final game being a faceoff between archrivals India and Pakistan on June 18. Both teams have massive support in the Middle East and fans here were eagerly waiting to match.

Nissan is the only global automotive sponsor of the ICC and played a key role in the action when it came to this important one day international (ODI) competition that is played once in four years. The company entered into a ground-breaking partnership with with OSN, the exclusive ICC Champions Trophy 2017 broadcaster, to showcase live, in-game highlights. Thus fans in the region got free, unexpected access to video highlights of all the games of the ICC 2017 Champions Trophy 2017.

With both cricketing giants Pakistan and India making it to the final, a quarter of a million of cricket fans in the Middle East watched the highlights of the games every hour of every game through a period of 18 days.

Nissan partnered with the ICC as part of a long-term commitment to cricket, which is a game with a huge fan base in the Middle East and North Africa region.

The partnership between the two companies reflected how both companies have a bold and innovative approach. All cricket fans in the MENA region had a chance to watch free, exclusive in-game highlights of the games they wanted to see. Nissan’s micro site followed the action in real time, and was almost as good as live coverage.

“We know that many Nissan owners in the Middle East love their test match and ODI cricket, so our sponsorship of the ICC makes perfect sense,” said Nissan Middle East Chief Marketing Officer Fadi Ghosn. “However, our partnership with OSN and the resulting co-branded micro site really took things to another level, allowing cricket fans to access the best of the action from the ICC Champions Trophy 2017 virtually as it happened. The feedback we had from fans accessing the site was that they loved it!”

For OSN SVP Sport & Sports Production Andy Warkman said that OSN is the home of cricket in the region and the company’s partnership with Nissan enhanced the channel’s  coverage of the ICC Champions Trophy 2017. OSN subscribers not only enjoyed the live matches which were broadcast on OSN Sports Cricket HD and streamed on OSN Play, they also had free access to the live in-match highlights that OSN made with Nissanfor the micro site. Nissan was also a part of OSN’s live studio shows and was integrated into OSN’s Augmented Reality Graphics.

With the tournament taking place during the holy month of Ramadan, in the Spirit of the sponsorship and creating #MomentsThatCount, Nissan ran a unique competition allowing one lucky player to win an All New Nissan Kicks. Other prizes included included signed merchandise from OSN’s cricket legends like Zaheer Khan of India, Michael Vaughan of England, Waqar Younis of Pakistan and Darren Sammy from West Indies.

Traffic was driven to the web channel though sites like Cricbuzz and CricInfo, OSN channels and social media pages. Co-branding during the OSN Showtime studio coverage of the tournament also highlighted Nissan’s sponsorship of the event.

“We have really taken a new approach and gone beyond traditional media buy in order to maximise the benefits of our cricket sponsorship through our partnership with OSN during the ICC Champions Trophy 2017 tournament,” said Fadi Ghosn. “It’s an illustration of how we apply the notion of ‘Innovation that excites’ to more than just our cars!”