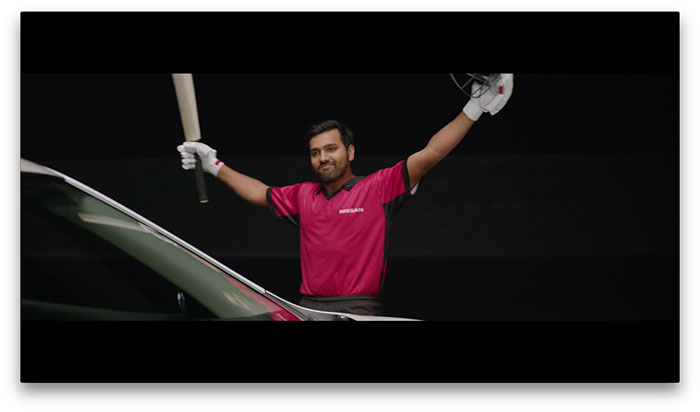 Cricket has a millions of fans across the world especially in the Indian subcontinent, UK and Australia. In a move to boost brand awareness, Japanese auto manufacturer, Nissan has signed on three stars from the world of cricket as brand ambassadors to complement its partnership with the International Cricket Council (ICC). The three stars who will shortly be featured in Nissan’s marketing campaigns include Rohit Sharma from India, Andre Russel from the West Indies and Suzie Bates from New Zealand. Rohit Sharma has proved his expertise in batting, while Russel is an all-rounder and Suzie Bates is the captain of the New Zealand team. The trio will be associated with Nissan from the ICC World TwentyT20 which is scheduled to be held from March 8th. All three stars have delivered sterling performances in the shorter version of the game

Speaking about his new role, Rohit Sharma said, “I’m thrilled to work with Nissan on their partnership with the International Cricket Council. The ICC World T20 is very special to me and takes a tremendous amount of hard work and innovation to win. It remains one of the most exciting cricket competitions in the world and I’m looking forward to sharing that with the fans.”

Other members of the Nissan cricket family include South African bowling legend Dale Steyn and newcomer Kagiso Rabada, also from South Africa, who were recently named as the brand ambassadors for Nissan in South Africa next year. Steyn said that he was thrilled to be associated with Nissan and expressed his hope that Nissan’s partnership with cricket would inspire more young players to take to the game both on the local and global scene.

Nissan’s eight-year sponsorship deal with the ICC covers all the tournaments from 2016 to 2023. In addition to the ICC sponsorship Nissan supports other events like the UEFA Champions League, City Football Group and the Rio 2016 Olympic and Paralympic Games. Nissan supports sporting talent at the inpidual level also with sportsmen like world record holder Usain Bolt and FIFA World Cup winner Andrés Iniesta benefiting from the company’s sponsorship.