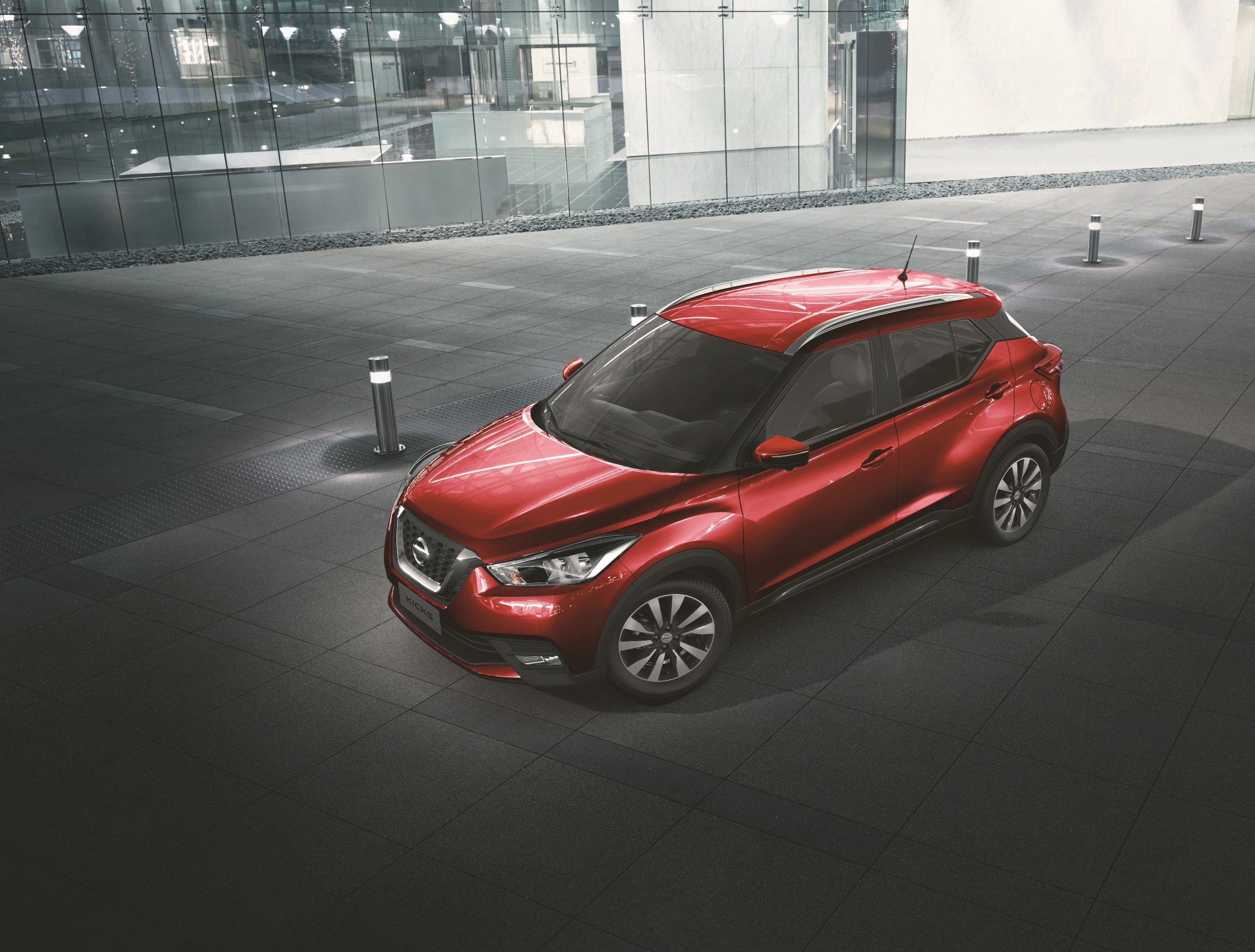 Nissan pioneered the crossover segment with models like the Murano, X-Trail, Qashqai and the Juke. Annual sales figures reveal that Nissan’s Juke and the new Kicks account for almost 60 per cent of small urban crossover sales in the Gulf region with the models emerging as the frontrunners in different markets.

The 2017 sales figures to date indicate that that while the new Kicks accounts for 15.5 per cent of the annual sales (the sales do not include figures for the KSA market), the Juke virtually dominates the small crossover segment with a 44.2 per cent market share. The two models taken together represent 59.7% of the sales in this segment.

The Gulf market has really taken a shine to the Kicks. It provides the best of manoeuvrability, performance and strength for easy driving in an urban environment. The elevated driving position and compact dimensions are added bonuses while its advanced aerodynamic design minimizes noise and optimizes fuel consumption. Kicks is one of Nissan’s first models which are aligned with the  concept of Intelligent Mobility, that was launched at the Geneva Auto Show in 2016. Vehicles having Intelligent Mobility use smart, innovative technologies to make driving more convenient and safer in order to achieve Nissan’s long-term goal of zero emission and zero fatality motoring. In the UAE, the Kicks is the top seller in its segment, overtaking Juke.

Commenting on the figures, Kalyana Sivagnanam, Nissan’s Regional Vice President, Marketing and Sales for the Africa, Middle East, and India region said that consumers in the Middle East are known to be highly discerning. He expressed his happiness at getting Kicks off to a good start, while the Juke retained its popularity. Once it was launched, Kicks quickly turned into a market leader, becoming a popular choice among those who like compact crossovers due to its advanced Intelligent Mobility technology.

He went on to add that the company was pleased to see both the Kicks and the Juke vying for the top spot in the same urban crossover B-segment as part of a healthy competition. Both models are meant for buyers with different mindsets. While the Juke is favoured by young families, Kicks is preferred young professionals. Both models offer style and technological features that are important and useful in real world scenarios.

Some of the most distinctive technological innovations in the Kicks are the Around View Monitor and Moving Object Detection systems, which use four integrated cameras to provide motorists with an overall view of the car and to warn them of any impending collisions. Safety and convenience features include Active Trace Control, Active Engine Braking, Chassis Dynamic Control, and Active Ride Control. These segment leading innovations ensure that the vehicle is always comfortable and stable for consumers, with the Kicks being the first such model to offer them.

The Juke too had similar success when it was first launched in 2010 thanks to its bold design. It was first launched in Japan, Europe and North America before it debuted globally and set a new benchmark in the small car segment. Even after seven years, the model which combines the best elements of an SUV, hatchback and sports car retains a fresh look and still has pathbreaking technical features.