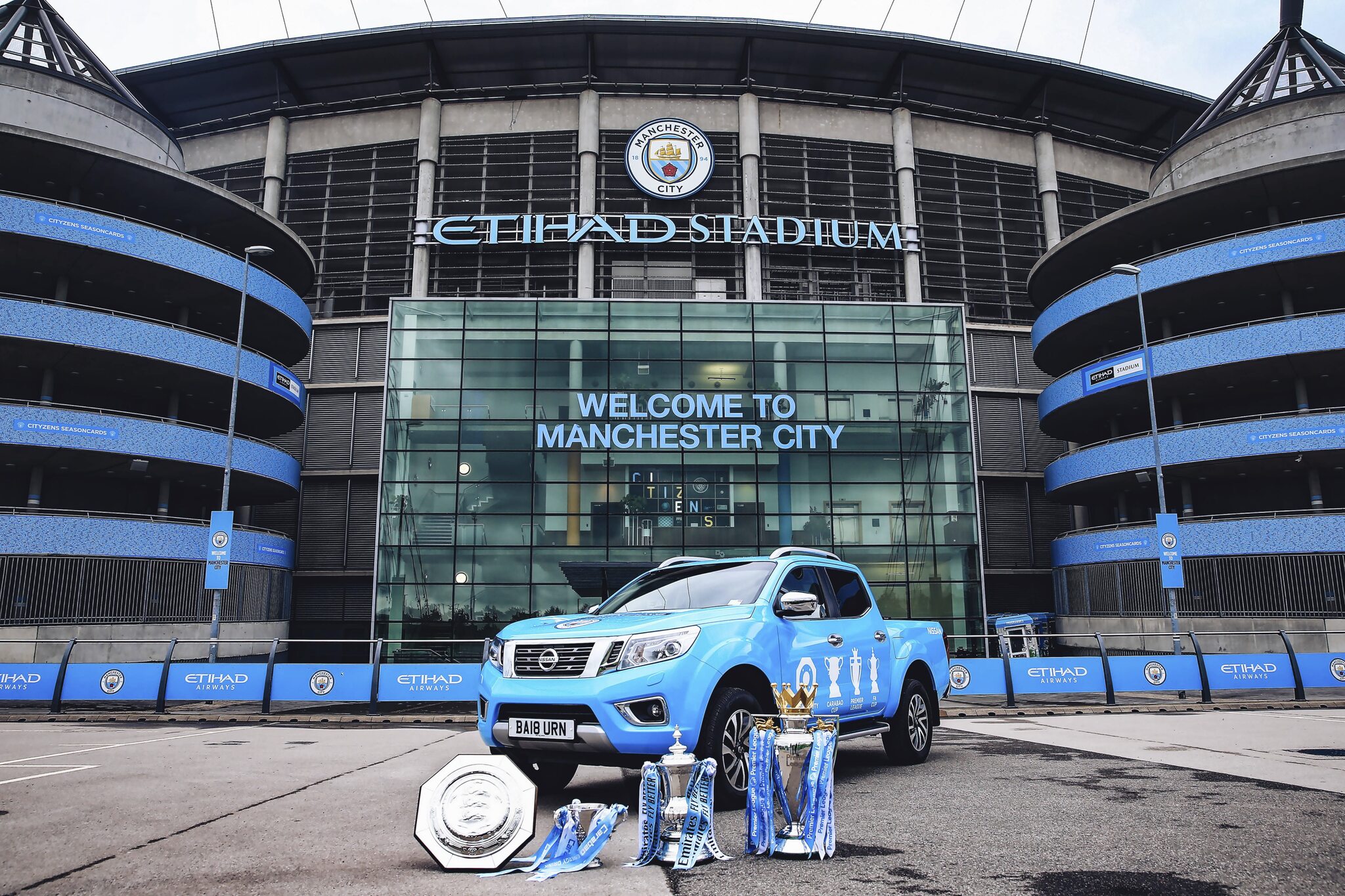 Nissan has extended its global partnership with City Football Group and Nissan will continue to be the group’s official automotive partner of the group and support its soccer teams in the U.K., U.S. and Australia.

The announcement was made in the runup to the arrival of the City Football Group’s Premier League team, Manchester City in Japan for the last leg of its preseason tour of Asia. The tour culminated with a sold-out July 27 match at the Nissan Stadium in Yokohama, where the team pulled off an easy victory against a Japanese team Nissan owns, the Yokohama F. City Football Group also has a minority stake in the Marinos team.

As part of the renewal of the partnership, Manchester City Manager Pep Guardiola has been named as a Nissan ambassador. Guardiola is one of the most renowned coaches in the world and recently  helmed his club’s record-breaking “Fourmidables” season, in which Manchester City won the Premier League, the FA Cup, the League Cup and the Community Shield.

Nissan will continue to maintain a highly visible presence at all Manchester City men’s and women’s games at the world-famous Etihad Stadium and Academy Stadium; at New York City FC’s games at Yankee Stadium; and at Melbourne City FC’s matches at AAMI Park.

Commenting on the renewal of the partnership, Damian Willoughby, the group’s senior vice president of partnerships said that Nissan was the first ever partner of City Football Group in 2014, calling it the first global business that understood the group’s vision and its objectives. Nissan recognized the value of using a multi-club model as a way to engage the audience in different key markets around the world.

Willoughby added, “It is a great endorsement of our partnership that we are extending our relationship and will continue to work closely together. Nissan is a world-class brand and has set an incredibly high standard in sports marketing. Just as Nissan stands for innovation that excites, which has run through our partnership, we are excited to see what we can create together next.”

Roel De Vries, Nissan senior vice president and global head of marketing, customer experience and brand strategy, said that City Football Group is the perfect partner for Nissan with its teams across the word.

He said, “We share an ambition to excite people everywhere, whether it’s through world-class football or world-leading automotive technologies. Pep Guardiola’s innovative strategies have kept Manchester City at the top of their game, so he’ll be the ideal ambassador to elevate the story of our innovative Nissan Intelligent Mobility vision.”

“I’m looking forward to working even more closely with Nissan. Nissan has been a great partner for Manchester City, and I know there are lots of exciting plans ahead. I’m particularly looking forward to visiting Nissan Stadium in Yokohama this Saturday.”