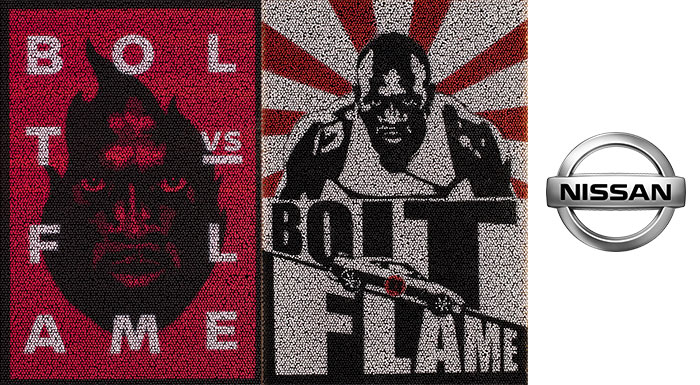 Nissan comes up with challenge for world champion Bolt

Usain Bolt is truly a remarkable figure in the world of sport. He has rightfully earned the title of the fastest man on earth as a six time winner of the Olympic gold medal in 100m and 200 m events. He also happens to be the Global Director of Excitement for Nissan. During his stint on the track, he has encountered numerous challenges. In his role as the Japanese automotive brand’s Director of Excitement, as part of Nissan’s latest digital campaign, “Bolt vs. Flame”, he is now going to tackle what might possibly be his greatest challenge – fire.

The two minute film which was made in documentary style was released recently on Nissan’s digital channels and depicts Bolt being challenged to race against fire in a fictional “Fire Research Laboratory”. Bolt talks about what it is like to be the fastest man in the world and what it takes to prepare to perform on the biggest stage in the world. His goal is not to just outperform others but to be greatest and he achieves this by setting goals for himself.

The video was filmed in Bolt’s native Jamaica, and has Bolt driving his favorite vehicle, a custom Nissan GT-R painted in “Bolt Gold.”

“Usain Bolt’s daring attitude to always go further is inspiring. We wanted people to experience the inner strength of the most famous sprinter in history when posed with a challenge to reach even further.” said Ronaldo Znidarsis, VP Marketing & Sales, Nissan Brazil.

In the runup to the Bolt vs. Flame film project, Nissan ran a global social media tease campaign comprising a series of 9.58 second videos and movie posters created from 19,000 actual matchsticks being lit on fire for dramatic effect. Nissan will also be shortly uploading additional footage and behind-the-scenes videos featuring Bolt.