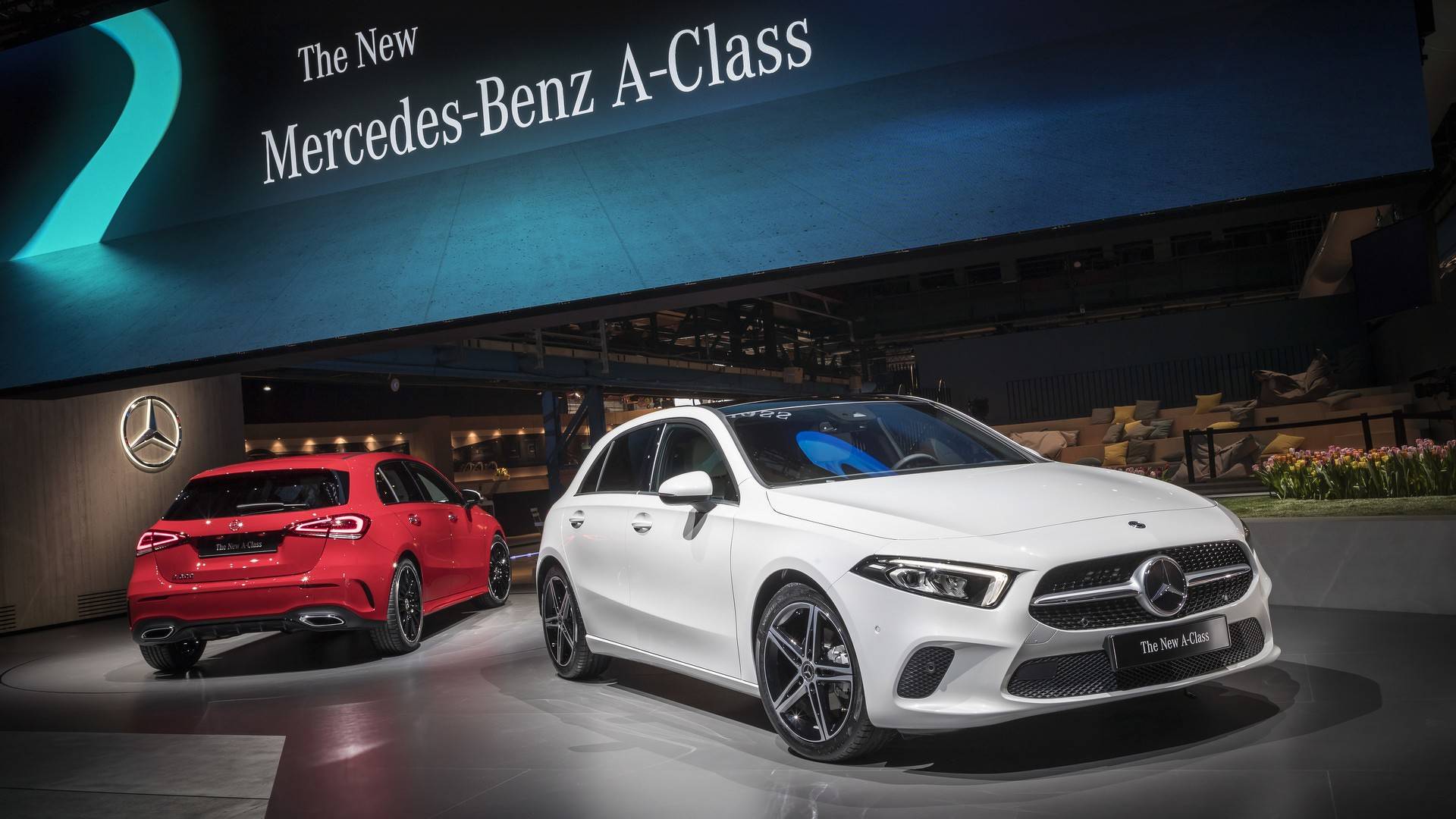 Mercedes Bills New A class as ‘Smartphone on wheels’

Mercedes-Benz as part of its bid to attract more young customers is billing its new A-class as a “smartphone on wheels”. According to the company, the compact car has what it calls the most advanced human-machine interface that it has developed. The multimedia system, which is called Mercedes-Benz User Experience or MBUX will be an integral part of the brand’s next generation of compact cars.
According to Daimler CEO, Dieter Zetsche, thanks to the MBUX, buyers of the new A-class will benefit from better displays, better speech recognition capabilities and predictive learning abilities. The speech recognition capabilities can be activated either by using a button on the steering wheel or by just saying “Hey Mercedes”. Predictive analytics allows the MBUX to automatically direct motorists to particular radio stations at certain times or change the course of the vehicle to a particular location based on the time.

With predictive analytics, the car can recognize repeated patterns in behavior. Motorists can be prompted at a certain time of day to listen to a particular radio station or to go to the gym.
The car is also the first model in its segment to offer motorists an optional head-up display that is also configurable. The A-class has the highest level of active safety in the compact segment and can even drive semi-autonomously in certain situations. This feature was earlier available only in the more expensive S- and E-class families.

Other features which were earlier available only in more expensive models include 360-degree parking assist which gives motorists a bird’s-eye view of the car’s surroundings on the center console with the aid of four tiny cameras.

The all-new A-class is the fourth-generation of a model which set a new benchmark in its segment when its predecessor was launched in 2012 due to an aggressive redesign. This helped increase the appeal of the car to younger customers. The new generation of the A-class with its technical innovations will further enhance this appeal and is expected to help bring in all-new customers to Mercedes. Over 60 percent of those who bought compact hatchbacks from Mercedes were converts from other brands. Once they make the change, customers tend to change. Over 70 percent of A-class drivers remained with the brand.
When it comes to the interiors, the new A-class has a virtual cockpit as a standard feature for all its variants. The cowell over the instrument cluster has been removed and the company has instead used a special coating that prevents glare reflecting off the glass surface. The result is a fully freestanding display.

The new A class is powered by a wide range of gasoline and diesel engines. One of the new four-cylinder units offers displacement on demand for the first time. In partial load circumstances this feature shuts down the second and third cylinders to boost fuel efficiency.

“With the fourth generation of the A class, we are redefining modern luxury in the compact class,” Mercedes sales boss Britta Seeger said. The new A-class is expected to hit the retail market in May in Europe and in other markets like China and Canada later on in 2018.