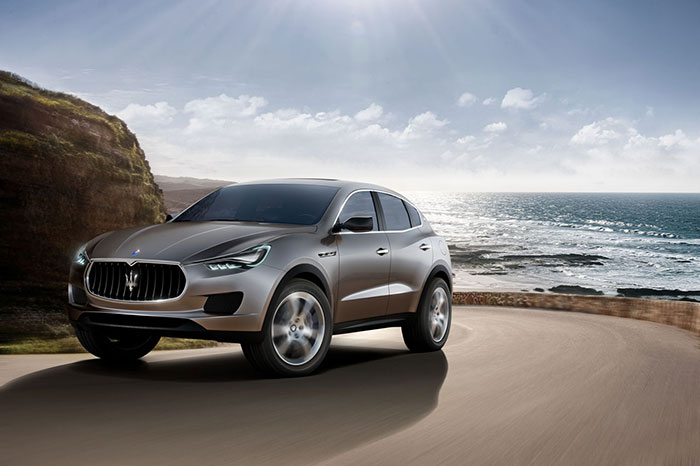 Maserati has long been known for its expensive sports cars and luxury sedans but recently, the Italian company released images of the production model of the first crossover it has produced in the company’s history, which goes back 100 years. Named the Levante, the model will be manufactured at FCA’s assembly plant in Mirafiori and will make its global debut at the Geneva Auto Show, which is scheduled to be held next month.

The Levante is expected to hit the retail market in spring this year and will be launched in North America in the latter half of the year. Maserati has not yet revealed the details of the pricing for the midsize Levante.

According to statement issued by Maserati, the Levante stays true to the distinctive design elements of the Italian brand. It has a muscular exterior characterized by new, tapered headlights which are bifurcated into two elements with the upper headlight unit being connected to the radiator grille. The frameless door windows, a heavily tapered back window and a sleek exterior are other notable characteristics of the Maserati crossover.

The details of the two types of engine – a gasoline version and a diesel engine that confirms to Euro-6 norms were not disclosed. The Levante will however, offer as standard features in all variants an eight-speed automatic transmission, aall-wheel drive, electronic suspension with controlled damping and air springs.

At one point, FCA had planned to manufacture the Levante at the FCA plant in Detroit which produces the Jeep Grand Cherokee. However, this plan was later scrapped due to the desire to build the vehicle in Italy in homage to Maserati’s Italian heritage.