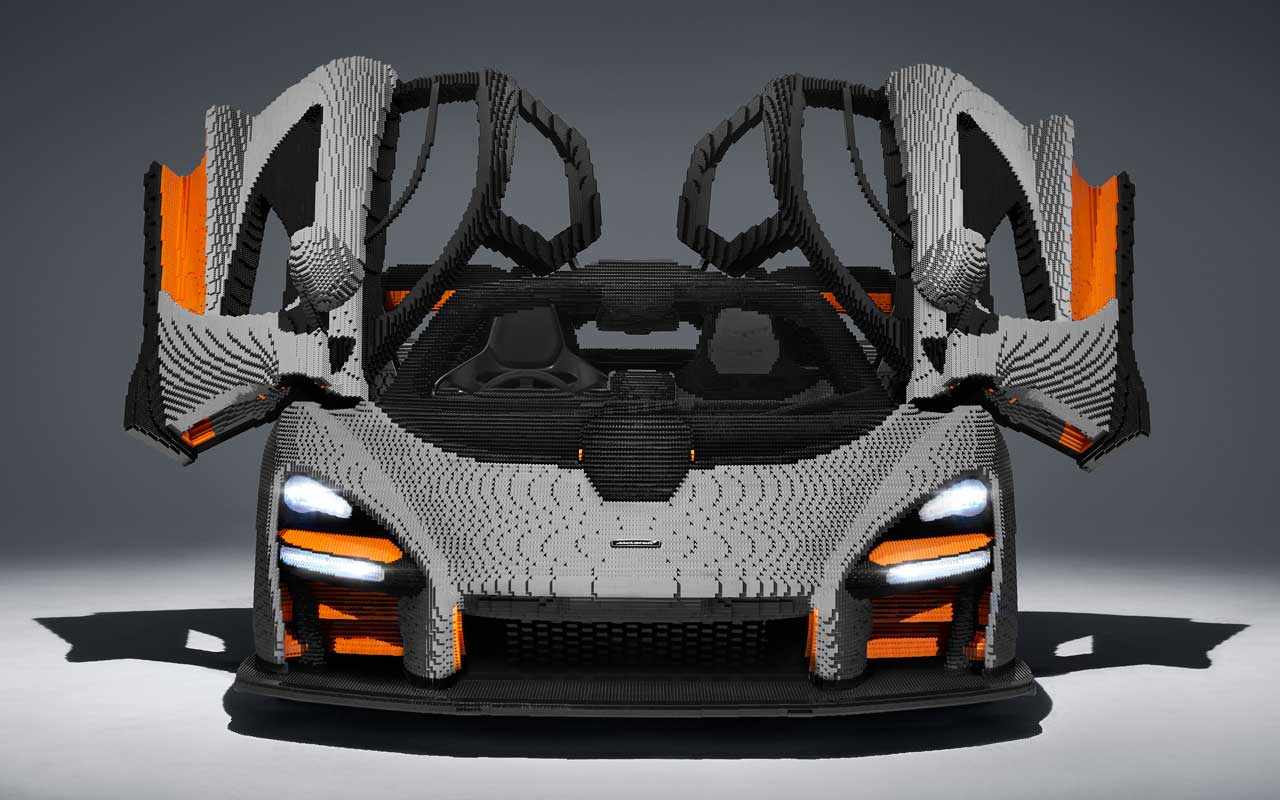 Lego has collaborated with McLaren to make a full-size replica of the striking McLaren Senna. The Lego version of the supercar was made with great precision by using 467,854 individual pieces. This is almost 200,000 pieces more than the number of bricks that Lego used to make the life size replica of the McLaren 720S and the Lego version weighs 1000 pounds more than the actual model.

The construction of the Lego model was time-consuming, taking 2,725 hours from start to finish while the conceptualization and development of the model took more than 2,000 hours. The car is an exact 1:1 model in terms of size and even incorporates components from the actual Senna like a seat, steering wheel, pedals and the infotainment system. The model has working lights and a big center infotainment screen. When the start button is operated, an engine simulation plays over the speakers to replicate the sounds of the Senna’s twin-turbo V8 engine.

The model also sports real McLaren badges in all the spots that the real Senna has. The wheels and Pirelli tires from the Senna are mounted to the chassis. It is a bit tricky to get in and out through the Lego dihedral doors, but the doors are removable and thus facilitate easy access to the seats.

The Lego version of the Senna weighs 3,348 pounds, while the actual car weighs 2,246 pounds. It also took nine times longer to produce the model than the production model which normally takes 300 hours to produce. McLaren plans to showcase the Lego model at trade shows and events like the Goodwood Festival of Speed.