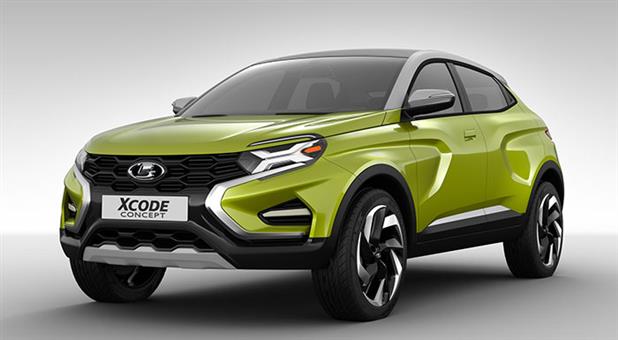 The Russian brand Lada which is one of the brands owned by the Renault-Nissan Alliance came up with a stunning concept car for the ongoing Moscow Motor Show. The brand used the show to showcase the striking XCODE concept SUV.

Lada says the striking new concept SUV will give visitors to the show a preview of what the models the brand might develop in the future might be like. The car was designed under the supervision of Steve Mattin, a British designer who has worked earlier with brands like Mercedes-Benz and Volvo.

The XCODE has been designed using the same design DNA that has been used as the basis for Lada production vehicles like the SUV, the XRAY and the saloon, Vesta. These two recent models are part of a new model range that Lada has introduced to ramp up its presence in the market. Many Lada models use the very same Renault-Nissan B0 platform that has been used for other vehicles from the Renault-Nissan alliance ranging from the Dacia Duster to the Nissan Juke.

There is a possibility that the XCODE is also based on the B0 platform though LADA has revealed few details about the technical specifications or the dimensions of the vehicle. The company has confirmed however that it will offer four-wheel drive and could use turbocharged engines. It is likely to be used as the basis for a higher-end version of the XRAY SUV, which became available at the retail level from the beginning of this year and is positioned between bigger crossovers like the Qashqai and B-segment SUVs.

Though the XCODE has stylistic elements which are similar to the XRAY, its front end is more dramatic and it has more sculpted flanks. When it comes to the interiors, the vehicle has a 10-inch touchscreen infotainment system and a digital instrument cluster. Lada says the vehicle’s software would be compatible with its Lada Connect smartphone app, which can be used for many purposes ranging from opening the doors to switching on the heating system to giving motorists warnings about maintenance checks and providing diagnostic information.