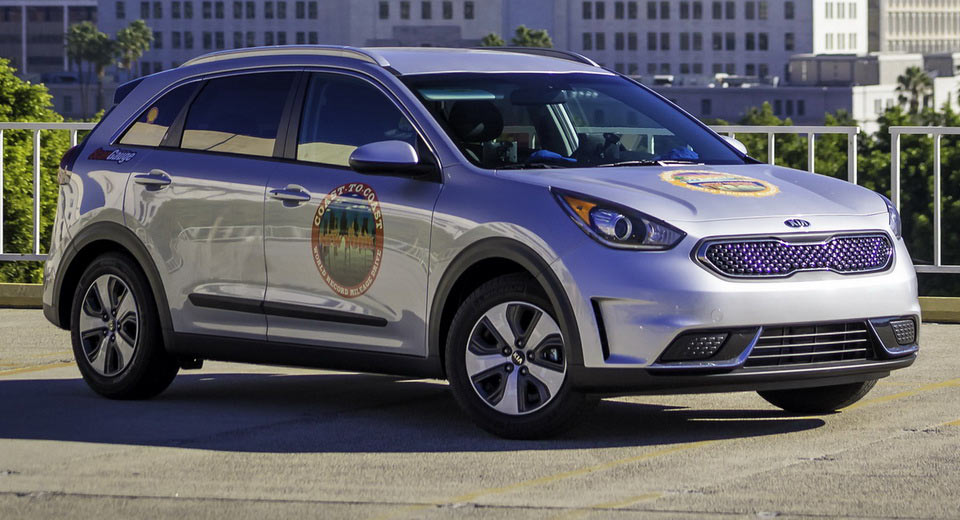 The Niro is Kia’s first dedicated hybrid model. The model has now got into the record books with a mileage record that has been certified by the Guinness Book of World Records. The vehicle has a company-estimated 50 miles per gallon combined rating and uses the same new eco-car platform that is used as the basis of the Hyundai Ioniq. Renowned hypermiler Wayne Gerdes and his co-driver Robert Winger drove across the United States from coast to coast in the Niro and set a world record by achieving an impressive mileage of 76.6 mpg, which is the highest for a hybrid car.

The stock 2017 Kia Niro, which was not modified in any manner for the trip traveled from Los Angeles City Hall to New York City Hall, a distance of 3,715.4 miles using just four tanks of petrol gas. The total petrol consumed was 48.5 gallons or 183.4 liters.

In the Niro, the hybrid powertrain comprises a 103hp 1.6-litre four-cylinder petrol engine and a 43hp electric motor. Working in tandem, the two engines offer a combined output of 146hp and 195 lb-ft of torque. Unlike most hybrid models which have a CVT, the Niro offers a six-speed dual-clutch transmission. Its lightweight battery pack measures 1.56kWh in capacity.

This record is definitely one that Kia is proud of. Speaking about the achievement, Kia product planner, Orth Hedrick said that the Kia team was extremely pleased with the Niro’s record-breaking performance. He said that when they designed the Niro, the aim was to come up with a vehicle that offered a combination of great design, real-world utility, and outstanding mileage. He added that setting the world record highlighted the fact that the team had achieved what it set out to do.
The new Kia Niro will be available at the retail level in the United States from the first quarter of 2017.