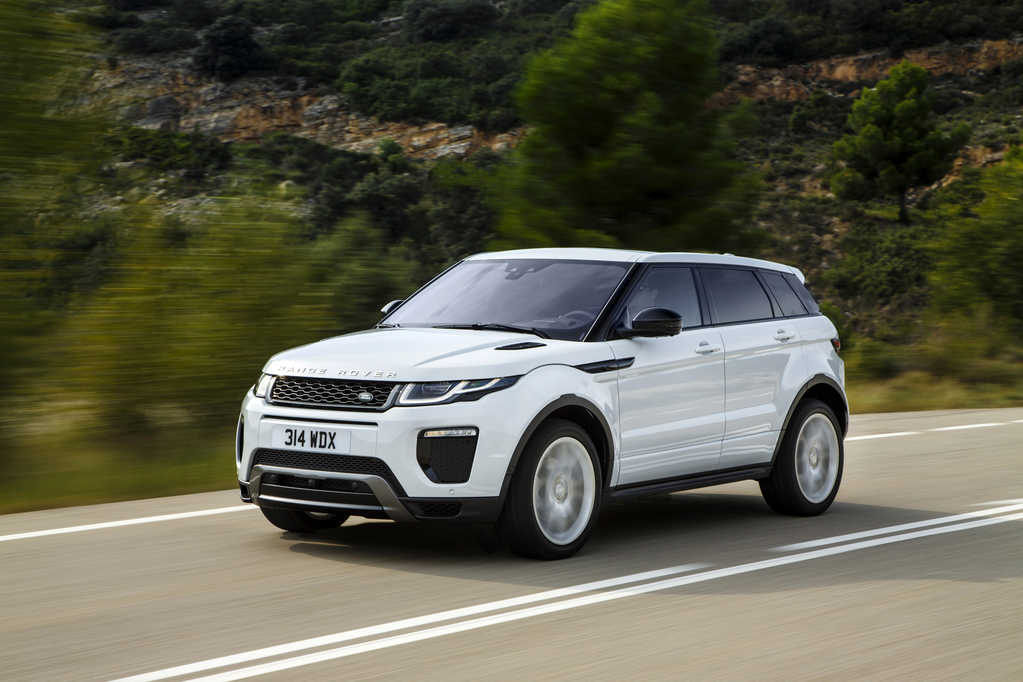 Jaguar Land Rover has launched its new Range Rover Evoque. The next generation of the compact luxury SUV model is designed, engineered and made in Britain and the company invested over a billion pounds to support its production before the model was launched.

The new vehicle has a compact footprint with a length of just 4.37 meters and is the ideal luxury city SUV. It comes with an entirely new architecture that delivers a refined ride in addition to agile on-road handling and world class off-road capability.

The new Evoque is available with petrol, diesel and hybrid electric engines, and is built using the all-new Premium Transverse Architecture. Every model that Jaguar and Land Rover offers from 2020 will have the option of electrification. This Range Rover Evoque marks a first for the compact luxury SUV segment and will be electrified with a 48 Volt mild hybrid system from launch. Customers can also choose from a range of efficient four cylinder diesel and petrol engines. After a year, a three cylinder plug-in hybrid engine option will also be available.

The Evoque made its debut in 2010 and pioneered the premium compact SUV segment. The segment has continued to grow and the model has become more popular as it has evolved over the years. The 2010 Evoque proved to be a true success story and also became the most awarded Land Rover with over 217 international accolades since it was launched.

Jaguar Land Rover has placed contracts whose worth exceeds 4 billion pounds with UK companies to support production of the new Evoque, thus highlighting Jaguar Land Rover’s continued confidence in the competitiveness of its domestic suppliers.

The one billion pounds that the company’s invested in the new Evoque covered research, development, design, advanced technology engineering and manufacturing. The model now has a new body style, vehicle architecture, emissions reduction technologies including hybrid-electric, and design features like deploying door handles. It thus offers a very sophisticated take on the original Evoque model.

Enhancements to develop the state-of-the-art flexible manufacturing system for the new Evoque at the Halewood, Merseyside plant comprised a new stamping line and hybrid-electric assembly technology, as well as significant extensions and upgrades to the existing facilities.

Just as in the case of other Land Rover models which offered the latest all-terrain technologies over the past 70 years, the new Evoque comes with a range of innovations, like the ClearSight Ground View and ClearSight Rear View to cater to the needs of today’s customers.

ClearSight Ground View is a world first and is a transparent bonnet concept that was previewed on the Discovery Vision concept. There are cameras in the front grille and on the door mirrors which project a feed onto the central touchscreen. Thus, drivers can see what is ahead of and underneath the front of the vehicle with a virtual 180-degree view. This will help them maintain visibility when negotiating extreme terrains as well as high kerbs normally seen in city centers, and this makes the Evoque the ideal vehicle for both offroad trips and the urban jungle.

ClearSight Rear View is another first in its segment and involves the use of a smart rear-view mirror that transforms into a high-definition screen at the touch of a button, by displaying a rear-facing camera feed onto the mirror. Thus, the driver’s view is not affected by passengers or large items in the back, and the driver also benefits from a wider 50-degree field of vision using a camera positioned above the rear window. This technology also delivers clearer visibility in low light conditions.