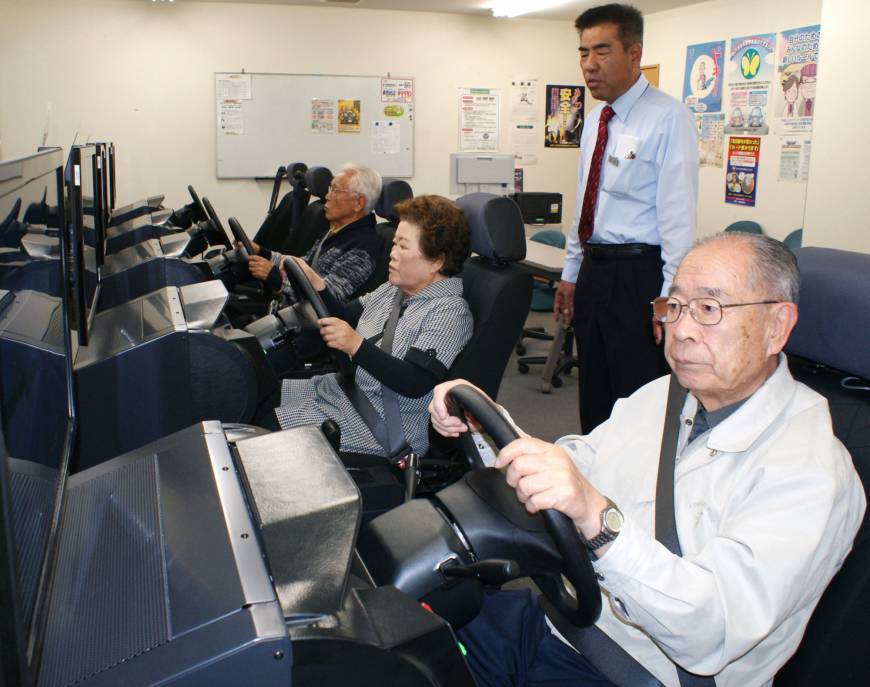 Japanese Government to Change Driving License System for the Elderly

There has been a surge in the number of accidents caused by the elderly on Japanese roads. Japan faces a very real crises in terms of rapid greying of its population and as an outcome of this increase in accidents, the Japanese government is planning to create a new driver’s license system. As part of the new system, senior citizens would be able to drive only cars that have safety features like automatic brakes.

The proposed new regulation will be included in the government’s growth strategy and is scheduled to be approved by the Cabinet later this month. Further details would be ironed out through joint discussions between the National Police Agency, the land ministry and other related ministries and the policy is likely to be released by the end of the current fiscal year.

The new license system is meant to be implemented for motorists who are 75 years or older. They will be required to take a cognitive assessment test when they renew their licenses. The government will also explore ways to promote the advantages of vehicles having better safety features and measures to provide senior citizens with more options for alternative transport.

Based on reports from the National Police Agency, in 2018 there were 460 fatal traffic accidents for which motorists aged 75 or over were responsible. The percentage of such accidents among all fatal accidents climbed from 8.7 percent in 2008 to 14.8 percent in 2018.

The agency had commissioned three panels of experts to consider any measures that could be taken to prevent accidents that are caused by elderly drivers and it released a report in April. The report said that the possibility of introducing a driver’s license that allows such drivers to use only certain types of vehicles at specific times and in certain areas.

In April this year, a car that was driven by 88-year-old former government official, Kozo Iizuka, hit and killed a 31-year-old woman and her 3-year-old daughter in Tokyo’s Ikebukuro district. Six passersby were also injured in the same incident.

Earlier in June, a car that was driven by an 81-year-old man sped through an intersection in the city of Fukuoka, and crashed into five other vehicles. He and his wife died in the accident while 7 other people were injured.

It is thought that in both instances, the drivers floored the accelerator instead of braking.

A recent survey conducted by the Japanese government on the transport habits of those who are 60 or above showed that 1 in 4 people aged 80 or older still drive.

This percentage of elderly people who continue to drive was higher in rural areas, where there are limited services for public transportation. The survey pointed to the need for more transport options for elderly people who wanted to go shopping or visit hospitals.