Home News Automotive Infiniti to Withdraw from European Market by 2020 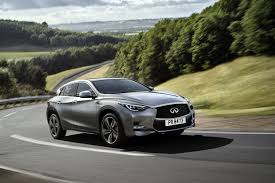 Infiniti to Withdraw from European Market by 2020

Infiniti Motor Company has announced its plans to withdraw from the western European market by early 2020 as the outcome of a restructuring plan. This means that the brand will cease production of the Q30 and QX30, which are currently made at Nissan’s factory in Sunderland, UK by mid-2019.

Infiniti was launched almost ten years ago in Europe based on the hope that it would emerge as a serious competitor to luxury brands in the European market like Mercedes-Benz and BMW. After 10 years, the brand has not made much headway in terms of meeting its annual sales targets.

Some of the factors that are responsible for the decrease in sales are the increasingly rigid emissions regulations in Europe, the new WLTP standards, and the expected unfriendly trade scenario after Brexit. Currently, North America is Infiniti’s largest market and accounts for about 70 percent of its global sales.

Infiniti has said that it is working on finding alternative opportunities for any employees who would be affected by this decision and providing them with training support, consulting with employee representatives where needed and identifying opportunities for transition. Infiniti will then work with its distributors to conclude end of franchise agreements, while providing them with the support and services needed to ensure a smooth transition.
Infiniti said that the decision will not have any impact on its operations in Eastern Europe, Middle East and Asia and it expects to expand its presence in these markets. The brand has ambitious plans to electrify its portfolio from 2021 onward, discontinue its diesel models and to focus its resources on its biggest opportunities.

In practical terms, this means that it will be focusing more on its popular range of SUVs in North America, will launch five new vehicles in the Chinese market over the next five years, and will work on improving the quality of sales and residual value, while realizing more synergies with Nissan Motor Company.