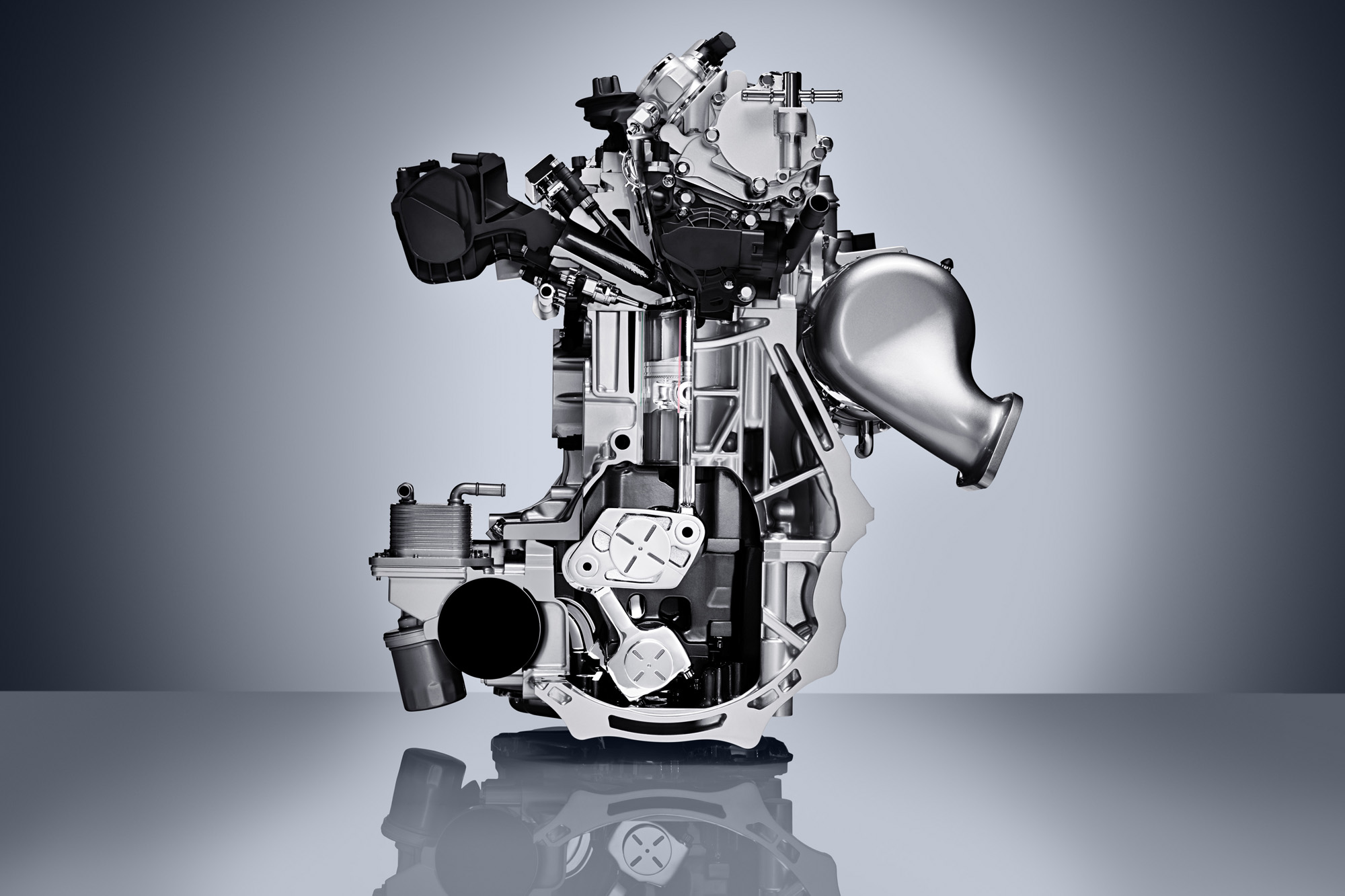 INFINITI made its presence felt at the 2016 Paris Motor Show (Mondial de l’Automobile) with the global debut of the VC-Turbo engine, a world first.

INFINITI’s new VC-Turbo (Variable Compression Turbo) is the first production-ready engine in the world that offers variable compression ratio and is one of the most advanced internal combustion engines that has ever been made. The technology used in this engine makes it possible to deliver to the drivers the power of a high-performance 2.0-liter turbo gasoline engine while it offers the torque and efficiency of an advanced diesel powertrain without the high level of emissions that diesel engines have.

Speaking about the new engine, Roland Krueger, President of INFINITI Motor Company, said that the pioneering new VC-Turbo powertrain represents a great advance in engine development as INFINITI’s vehicle engineers have now made a breakthrough in internal combustion technology by mastering the variable compression ratio. INFINITI will bring this technology to the retail level in a production model by 2018 and this new generation is expected to boost the brand’s global growth and expansion.

The INFINITI QX Sport Inspiration Concept is also making its European debut in Paris giving a preview of the design of future INFINITI QX models. The design of the stylish new concept has been given a few tweaks since it made its global debut at the Beijing Auto Show in April 2016, and will give visitors an idea what mid-size premium SUVs from INFINITI in the near future will look like.

VC-Turbo: The first production-ready variable compression engine
INFINITI’s VC-Turbo technology uses an advanced multi-link system to raise or lower the reach of the pistons based on inputs from the driver and the road conditions to select the compression ratio that is most efficient and comfortable. The compression ratio can range from 8:1 (for high performance) to 14:1 (for high efficiency).

With a development target power output of approximately 200 kW (268 hp / 272 ps) and 390 Nm torque, the VC-Turbo engine certainly delivers almost as much power as some six-cylinder gasoline powertrains when it comes to performance, while being considerably more efficient.

When compared to conventional internal combustion engines, the four-cylinder VC-Turbo engine delivers lower noise and vibration levels. It is also more compact and lighter than V6 engines which deliver the similar power outputs.

INFINITI’s VC-Turbo technology belongs to the category of pathbreaking innovations in powertrain technology like fuel injection, turbocharging and liquid-cooling. It will certainly set new benchmarks when it comes to variables like efficiency, power and emissions.