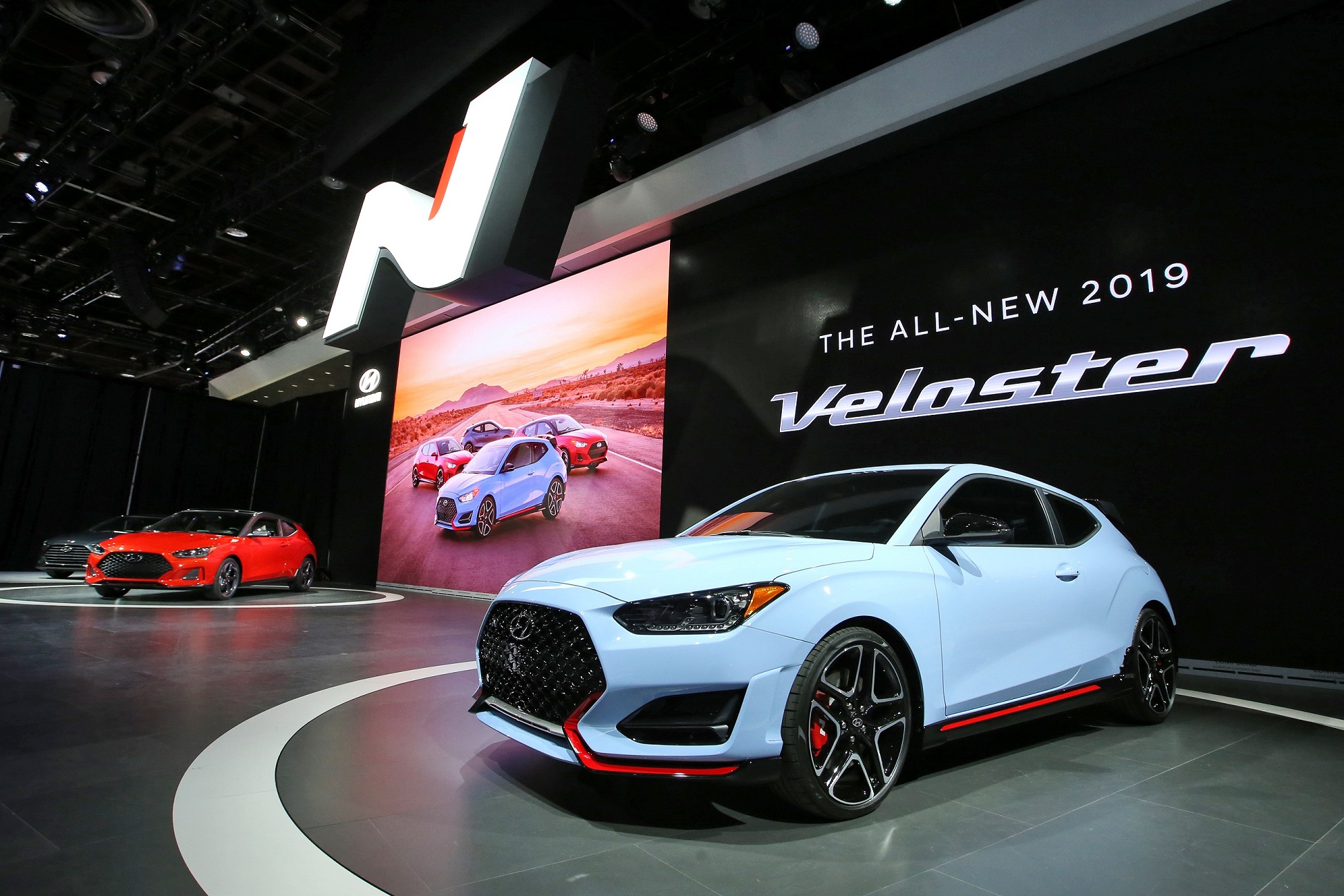 Hyundai unveiled its next-generation Veloster and Veloster Turbo models at the 2018 edition of the Detroit Motor Show.

The first-generation Hyundai Veloster has become particularly popular, especially among younger consumers who want to differentiate themselves form the crowd by owning a vehicle with a sporty look. The model is notable for its two-plus-one door asymmetrical look, as it has just one door on the driver’s side but two doors on the passenger side of the car.

The second edition of the Veloster has a fresh design that is the outcome of a collaborative effort by Hyundai’s designers at its design centers in Seoul, South Korea and in Irvine, California. While the new edition retains the unique look of the car, both its interiors and the exterior has been thoroughly revamped and the new model comes with many improvements including powertrain enhancements, and a wide range of infotainment and connectivity features.

Commenting on the launch of the second-generation Veloster, Mike Song, Hyundai’s Head of Operations for Africa and the Middle East said that the Veloster has proved to be a highly successful model for Hyundai with its mix of premium quality and unique style. At the same time, it is definitely a value purchase.

The new Veloster reaffirms the model’s positioning as a compelling choice for motorists, especially in the case of younger people who are looking for a model that is individualistic as well as dynamic, while integrating features that include the latest advances in engineering and technology.”

The Veloster now has enhanced proportions and volume, and its new shape emphasizes its dynamic performance, even while the vehicle is at rest. The model now has a more muscular stance with higher-volume fenders and wheel arches for a more solid appearance. Hyundai has lowered the Veloster’s roofline for a unique profile and a more coupe-like appearance. Hyundai’s signature cascading grille is seen on the front and its shape has evolved into a strong, three-dimensional design for differentiating the vehicle from others on the road.

In addition to the Veloster and Veloster Turbo variants, the new model will also have a highly powerful ‘N’ version meant for true driving enthusiasts. This variant has been tuned to deliver an output of 275 horsepower, while the Veloster Turbo has just over 200 horsepower. The “N” variant also has a number of handling improvements and design tweaks as well.

Hyundai will begin production of the second-generation Hyundai Veloster in Korea in March, and the vehicle is expected to be available at the retail level from the second quarter of 2018.