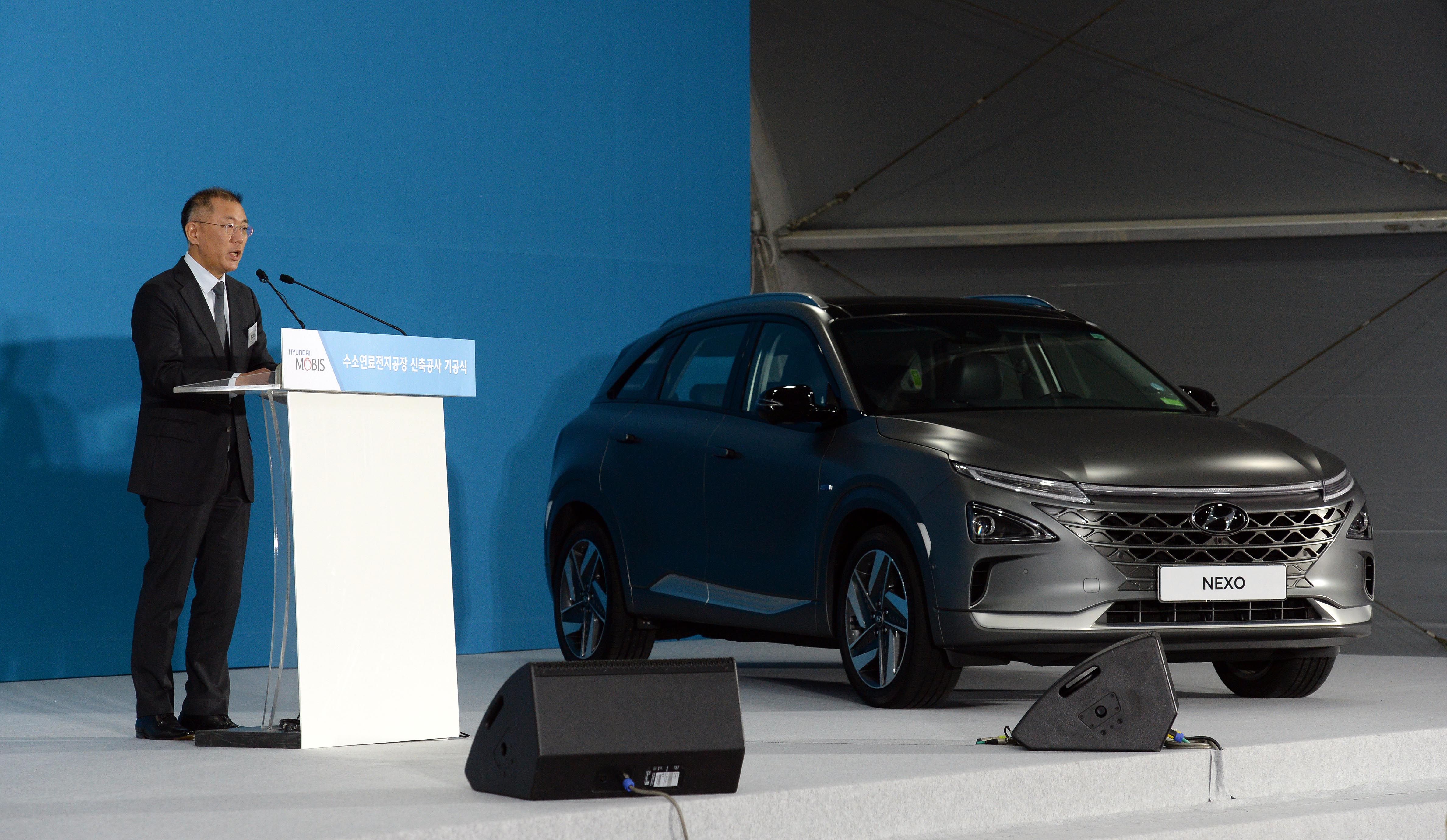 Hyundai Motor Group has announced ‘FCEV Vision 2030’, its roadmap to expedite the development of a hydrogen society and to successfully leverage the group’s global leadership in fuel-cell technologies.

In tandem with the implementation of the roadmap, the Group, which includes Hyundai Motor Company and its affiliates, will significantly ramp up its production capacity for fuel-cell systems to increase production to 700,000 units every year by 2030. This will involve exploring new business opportunities to supply its fuel-cell systems to other manufacturers of transportation systems like vehicles, drones, ships, railway rolling stock, and forklifts. It is also expected that demand for hydrogen fuel-cell systems from sectors other than transportation, like power generation and storage systems, will also increase in the near future.

Commenting on the move, Euisun Chung, Executive Vice Chairman of Hyundai Motor Group said that Hyundai Motor Group, the global pioneer of the commercial production of FCEV, by announcing this plan has taken a bold step to advance the realization of a hydrogen society. He said that the group plans to expand its role beyond the automotive transportation sector and thus play a pivotal role in society’s transition to clean energy. The company plans to do this by making hydrogen an economically viable source of energy. He concluded by expressing his confidence that hydrogen power will transcend the transportation sector and become a leading global economic success.

According to the ‘FCEV Vision 2030’ roadmap, Hyundai Motor Group and its suppliers will invest approximately KRW 7.6 trillion (USD 6.8 billion) in R&D and facility expansion, and this is expected to create about 51,000 jobs by 2030.

The Group plans to have a 500,000-units-a–year FCEV production capacity by 2030, and this will cover fuel cells for both passenger vehicles and commercial vehicles, with the expectation of having to cater to high demand for global FCEVs which is projected to reach about 2 million units a year by that time.

As the first step to attaining ‘FCEV Vision 2030’, HMG’s fuel-cell system manufacturing affiliate, Hyundai Mobis Co. has already broken ground for its second fuel-cell system plant. The factory is located in Chungju, South Korea and this plant will help Mobis to increase its annual fuel-cell system output to 40,000 units by 2022, a significant increase from the current 3,000 units.

The Group hopes to further refine the fuel-cell system used in NEXO models to upgrade and diversify its fuel-cell system range so that it can meet the demands from various industry sectors.
In December, Hyundai Motor Group set up a dedicated division to develop and support fuel-cell system businesses.

The Group’s proprietary fuel-cell system combines hydrogen fuel with oxygen sourced from the atmosphere to produce electricity. As there is no combustion, the only by-product of the process is water. It also purifies polluted air, making it the ultimate source of clean energy.

McKinsey & Company performed a study which estimated that use of hydrogen can help reduce the comprehensive ownership cost of all kinds of transportation by about 10 percent with its high energy density and ease of stack refuelling.
The study also estimated that approximately 5.5 million~6.5 million fuel cell system units will be needed globally by 2030.

Hyundai Motor Group is the only company that has established a dedicated plant for commercial production of fuel cell systems. With the construction of an additional fuel cell plant, Hyundai can quickly target market
success on a global scale.