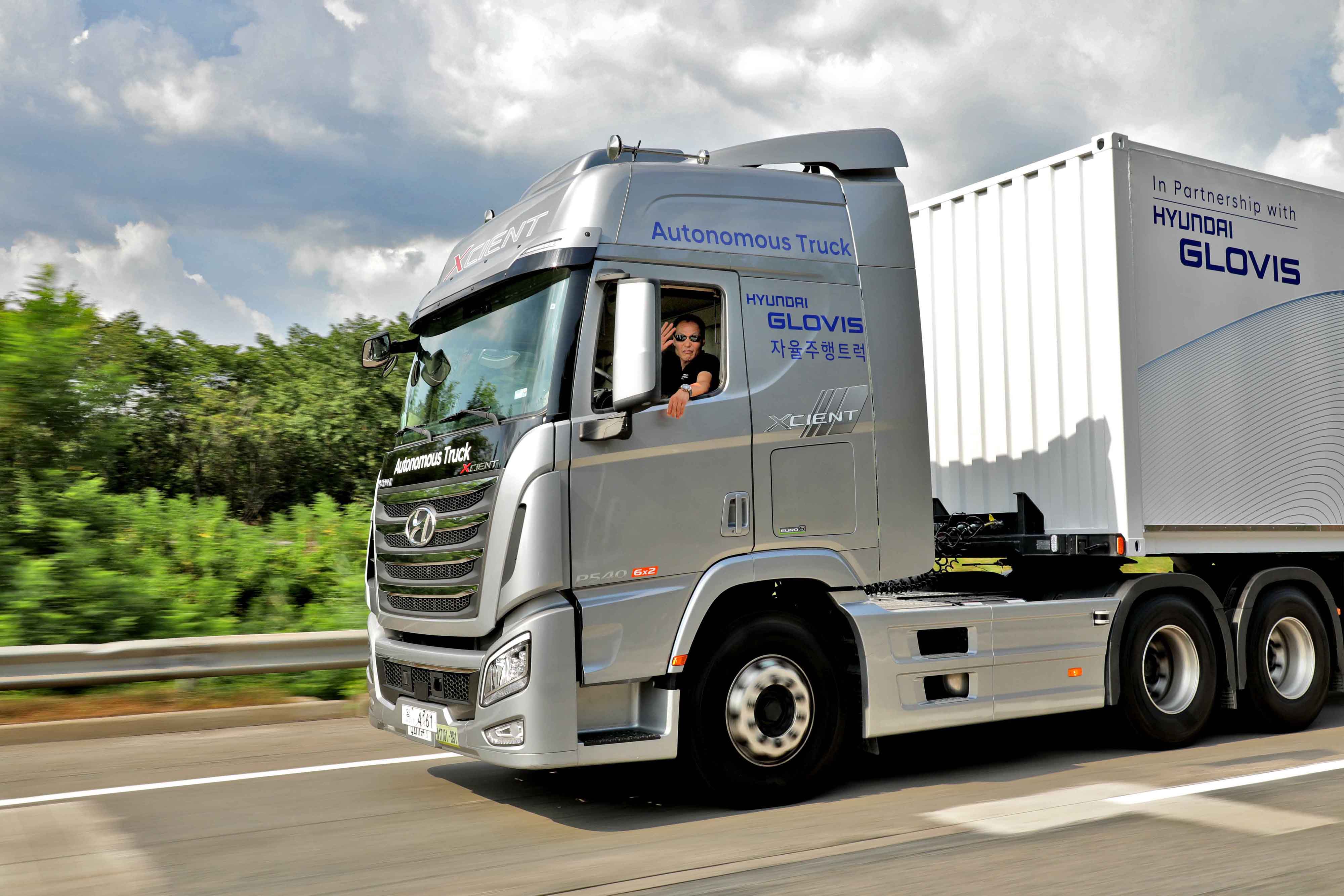 Hyundai Motor Company has announced that its Xcient truck that it manufactured locally has completed a road trip of 40 km while in autonomous mode on a highway. This was the first such journey in South Korea.

The Xcient semi-trailer truck has a maximum load capacity of 40 tons, and has a Level 3 autonomous driving system according to the Society of Automotive Engineers (SAE) standards. This allows the vehicle to steer, accelerate or decelerate, and move through traffic without human guidance.

Commenting on the achievement, Maik Ziegler, Ph.D., Director of Commercial Vehicle R&D Strategy Group at Hyundai Motor Company said that this successful demonstration highlighted the fact that it is possible to use innovative autonomous driving technology to transform the trade logistics industry. He said that though a human driver is needed at this stage to control the vehicle manually in some situations, the company is upgrading its technological capability to achieve level 4 automation soon.

The demonstration trip, between Uiwang and Incheon, was held on 21st August and was conducted in cooperation with Hyundai Motor’s trade subsidiary, Hyundai Glovis. The truck took one hour to complete the journey while sticking to the speed limit of 90 km/h on the expressway, which is one of the busiest freight routes in South Korea.
Hyundai took the precaution of having a human driver on-board to take over manual control when needed, but the vehicle had innovative technology features which made it possible to maintain and make lane changes, detect lane changes made by the vehicles in front of it, navigate through tunnels, and come to a complete stop or accelerate depending on the road traffic.

When compared to the average sedan, the semi-trailer truck is approximately 3.5 times longer, 1.4 times wider, and 9.2 times heavier when empty. It is equipped with an advanced and detailed autonomous navigation system and Hyundai Motor used sensors which are similar to the ones in autonomous sedans, and additional sensors which were optimized for heavy-duty trucks. These additional sensors included a hitch angle sensor and trailer rear radar sensor, so that the truck had added stability while making sharp turns.

The data collected by each sensor is then synchronized with the HD map, which conveys information to the electronic control module for localization. It is the module that acts as the decision maker in each scenario, controlling parameters like the speed, steering, and braking depending on the road conditions.
Another notable feature of the automated truck was a new steering control system (MAHS: Motor Assist Hydraulic Steering) developed by Hyundai Mobis, which serves as a precise steering mechanism that controls the steering angle based on the decision made by the electronic control unit. This reduces the effort required to steer the vehicle, translating into less driver fatigue.

“Hyundai Glovis’ success in utilizing self-driving trucks as part of its delivery service proves that the self-driving technology is being utilized in actual logistics transport and can lead to mutual development,” said Sang-Sok Suh, Ph.D., head of strategy & planning group at Hyundai Glovis.
“The company will be a leader in adopting future mobility technology such as autonomous driving for the trade logistics industry.”