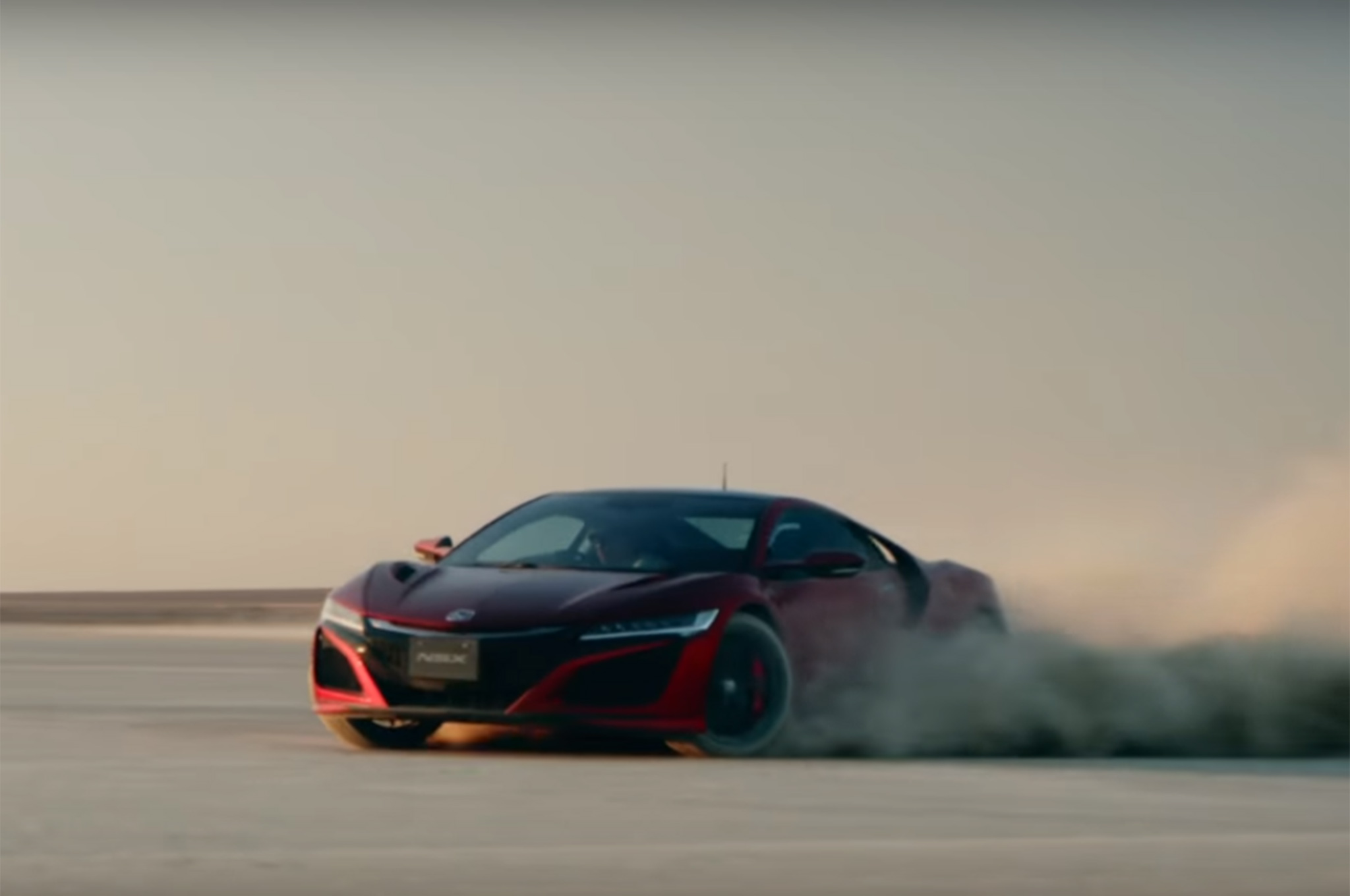 Honda has showcased the precision cornering ability of its NSX model with a geoglyph- a supersize drawing that is so big that it can be viewed only from a high altitude. In a stunt that is depicted through a video uploaded on YouTube, Honda used “NSX Driving Drawing” to depict a supersize ‘Hummingbird’ geoglyph made in the El Mirage salt flats in California.

Created with the help of advanced GPS visualization equipment, Honda used its all-new NSX hybrid supercar to achieve the feat that was showcased in the online video that was released in the runup to the 2016 Formula 1 Japanese Grand Prix which was held at the Suzuka Circuit on Sunday, 9 October.

The original Nazca Lines geoglyphs in Peru were created between 500 B.C. and A.D. 500, and were fashioned from shallow trenches comprising a top layer of dark pebbles and a bottom layer of lighter-colored earth. Eventually the exposed earth was covered by a protective layer that protected the drawing.

Tthe original ‘Hummingbird’ is only approximately 93 meters long, but Honda made a design that was about 10 times this size and measured 965 meters from one end to another. The company used a high-resolution image of the Nazca Lines to trace and digitize the Hummingbird, which produced a set of GPS co-ordinates that was accurate to within three meters.

The complex design comprised over 30 hairpin turns and this is why the Honda NSX Sport Hybrid SH-AWD with its Super Handling All-Wheel Drive technology was chosen for the task as the vehicle has the ability to achieve the precision cornering needed to recreate the design. The NSX has two electric motors driving the front axle and can make exceptionally tight turns, while slowing the inner wheel in sharp corners, and increasing the drive on the outer wheel to accelerate through the hairpin.

Making the geoglyph was a huge team effort from a joint Japan-US Honda project team, that used high-accuracy GPS mapping and tracking and a head-mounted display to allow the NSX driver to follow the design precisely. As the car traced the planned route, its GPS signal was tracked and displayed on a monitor on a real time basis, thus revealing the giant 601,195 square-meter artwork to the team back at the staging site.

As the geoglyph was made, high-tech drones and camera cranes were on hand to capture the event on video.

The all-new NSX represents the heights Honda has achieved when it comes to performance and technical innovation. The vehicle is powered by a mid-mounted twin-turbocharged V6 engine, which is paired with an all-new nine-speed dual clutch transmission and a direct drive motor that supplements the engine with instant torque response. The vehicle is a true hybrid as this V6 engine is complemented by a front Twin Motor Unit (TMU) that has two electric motors which can independently drive the left and right front wheels. The NSX also has what is arguably a class leading Sport Hybrid Super Handling All-Wheel Drive (SH-AWD) system making the NSX a true supercar which can give instantaneous response to the acceleration, steering and braking inputs from the driver.