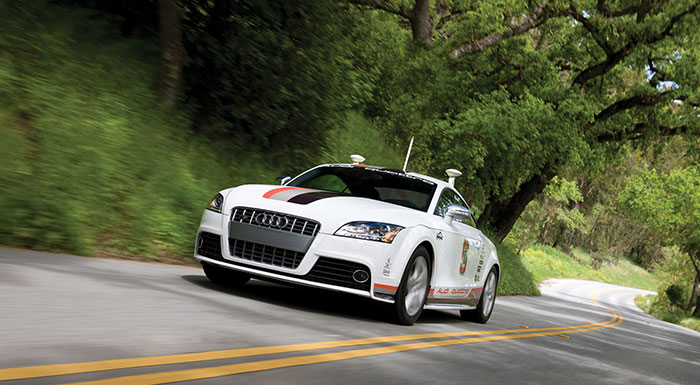 In the wake of reports of several instances where vehicles with driverless systems have crashed, Germany is mulling legislation to make it compulsory for motorists to install recording devices in semi and fully autonomous vehicles. According to a Reuters report, Germany’s Minister of Transport, Alexander Dobrindt is pushing strongly for the installation of blackboxes. These devices would monitor instances of the devices asking humans to intervene, the times they are active and the times when the motorist is in control of the vehicle. He also wants this legislation to cover details of what drivers are allowed to do when using this technology. If he has his way, it will always be compulsory for a human to be in the driver’s seat, though the person need not necessarily focus on the traffic.

Automotive manufacturers would be held responsible for the installation of these devices on semi-autonomous and autonomous vehicles, though it is not yet clear whether they would need to be retrofitted on vehicles that are already on the road, like the Tesla S. In the event that this needs to be done, it is not clear whether the automotive companies or the motorists have to bear the expenses for the installation of blackboxes.

There has been considerable controversy regarding the use of self-driving technology in the wake of Joshua Brown’s death while he was behind the wheel of his Tesla Model S. This was the first known instance when use of self-driving technology culminated in a fatal crash. According to the Reuters report, Dobrindt is planning to send a draft of his proposed legislation to other ministries for their approval during the summer.