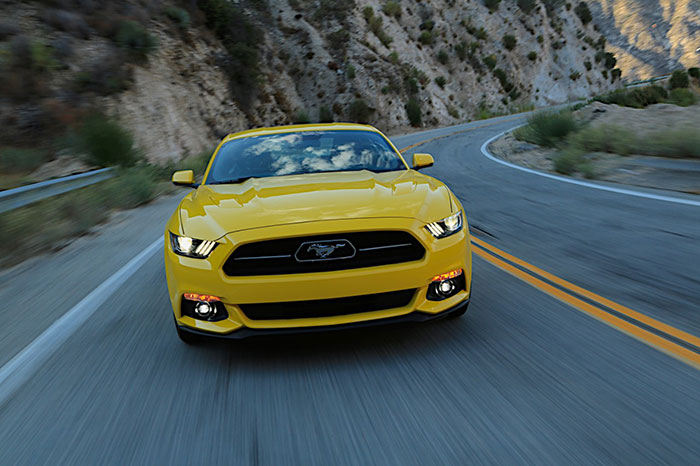 The pony car proved that it is as popular today as it was 50 years ago. The latest model of the Ford Mustang won the title of the Best Sports Coupe at the Middle East Car of the Year (MECOTY) awards. The company proved to be a winner three times over with the Ford Focus ST emerging as the Best Performance Hatchback in the year and the Mustang bagging the “Overall Middle East Car of the Year” Jury Award from an eminent panel of 12 experts. The panel consisted of automotive journalists drawn from nine Gulf Cooperation Council (GCC) and Levant countries and the three titles attest to Ford’s growing popularity in the region.

The Mustang comes with three engine variants – the 5.0L V8, the 3.7L V6 and the latest engine, the 2.3L EcoBoost which uses innovative technologies like direct fuel injection, twin independent variable camshaft timing and turbocharging to provide motorists with high levels of performance and torque without any compromise in fuel efficiency.

The Focus ST, is equipped with the 2.0L engine which also belongs to the EcoBoost range and won the award the best performance hatchback on the basis of its sportier performance, aggressive styling and impressive exterior, complete with a muscular stance, a sculpted front end, slimmer headlamps and rectangular fog lamps. The sports body kit comprising body-color side skirts and diffuser elements either side of the exhaust, and the use of a rear roof spoiler for superior aerodynamic performance added to the appeal of the car. Black lamp bezels, ST badging and 19-inch ST Design alloy wheels ¬– available as an option – complete the Focus’ impressive looks.

“At Ford, we strive to build vehicles and technology that improve the lives of our customers, whether at work or play,” said Jim Benintende, president, Ford Middle East and Africa. “We are honored that automotive experts in the Middle East named the Focus ST and Mustang as best-in-class in 2015, and extremely proud of the fact that Mustang won the overall Middle East Car of the Year jury title.

He concluded by saying that the awards highlighted Ford’s focus on producing great cars, trucks and utilities we produce and attested to the hard work of the team at Ford.