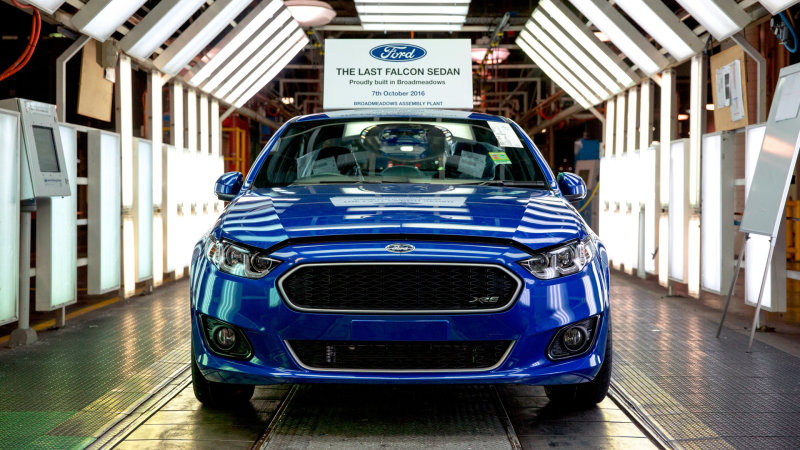 After maintaining a manufacturing presence in Australia for almost a century, to be more precise, 91 years, Ford has decided to cease production in the country. The Ford Motor Company’s last vehicle, a bright blue rear-drive Ford Falcon XR6 came off the production line at the company’s Broadmeadows factory near Melbourne on October 7. Commenting on the end of production, the division’s CEO, Graeme Whickman told members of the media that it was a highly emotional moment for the entire Ford team in Australia.

Ford has made as many as 3.5 million units in Australia. The factory made its last Ford Falcon Ute in July.The closure of Ford’s factory will lead to unemployment for the company’s 600 production employees. 1100 designers and engineers will be kept on as part of the Ford team to work on future models that will be built overseas.

Ford will continue to maintain a marketing presence in the country and will cater to the local demand for Ford vehicles through imports.