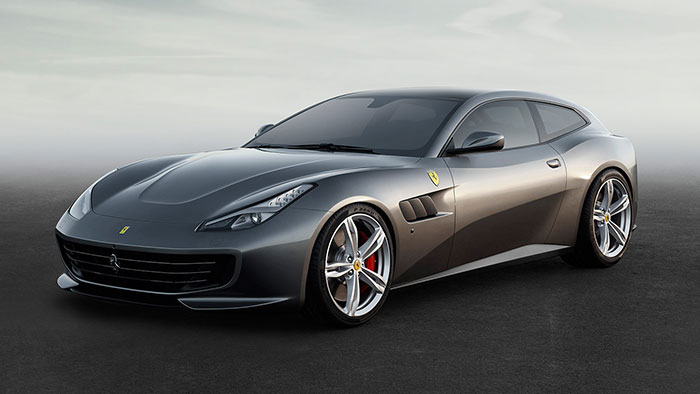 Ferrari has redesigned the FF Grand Tourer as the GTC4Lusso, making it more stylish, streamlined and more powerful while retaining its positioning as the ultimate sports car for those with really deep pockets. The car is meant to have greater appeal now for younger customers who use their cars on a more regular basis.

Ferrari launched the FF in 2011 and it was Ferrari’s first model with a front wheel drive. When it comes to the GTC4Lusso, the “GTC” in the name stands for Gran Turismo Coupe. The 4 signifies the number of seats and Lusso highlights the fact that Ferrari offers the most luxurious trim levels for its street legal models. The most notable feature of the GTC4Lusso is its integrated rear-wheel steering as part of the car’s four-wheel drive system in order to give the vehicle better cornering maneuverability and stability at high speeds.

Though both the FF and the GTC4Lusso have the same 6.3-liter V-12 engine, in the case of the GTC Lusso, the horsepower has from 650 hp to 680hp and the company says that the model’s 2.6 kg/hp weight-to-power ratio breaks all previous records in this category.The GTC4Lusso is definitely more powerful than the FF and goes from 0-100 kph in 3.4 seconds while the FF takes 3.7 seconds. The GTC4Lusso’s top speed is 335kph.

When it comes to the external features, the GTC4Lusso has a lower roofline at the rear and the signature twin rear lights showcase the model’s muscular profile.

The GTC4Lusso will play a crucial role in Sergio Marchionne’s drive to increase Ferrari deliveries from 7,600 in 2015 to 9,000 cars in 2018. Unlike Aston Martin and Lamborghini, though, Ferrari will not be considering expansion into the SUV segment.

The GTC4Lusso will be launched in the retail market in Italy in the second half of 2016 and will come with a price tag of 270,000 euros.