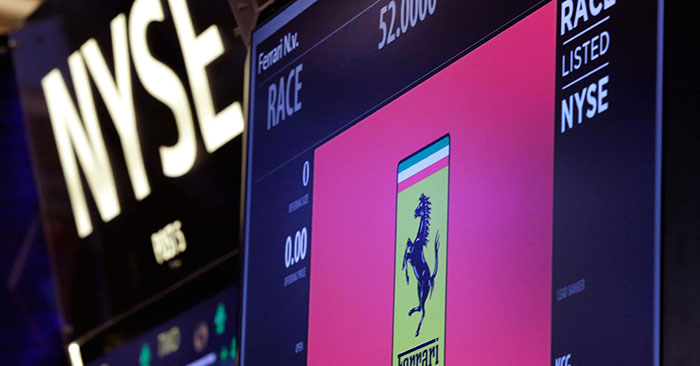 FCA has officially hived off Ferrari as a separate company in its bid to generate funds for further growth. In the lead-up to this, the Italian auto manufacturer had offered Ferrari shares in an initial public offering followed by an offer of one common share in Ferrari to FCA stockholders for every ten shares of FCA as part of the separation process between the two companies. A few shareholders also received special vting shares in the same ratio. The shares that were distributed in this manner accounted for 80 percent of the total shares in Ferrari. Of the balance 20 per cent 10 per cent was floated as part of the IPO while another 10 percent has been retained by Enzo Ferrari’s son, Piero Ferrari, who currently holds the position of vice chairman of Ferrari.

Ferrari shares will continue to be traded on the New York Stock Exchange under the ticker symbol RACE and will also begin trading this week on the Milan stock exchange under the same symbol.

The powerful Agnelli family under the leadership of FCA chairman John Elkann has the highest stake in FCA. They will continue to retain the largest stake in Ferrari as well. Both the Agnelli and Ferrari families taken together have almost a 50 per cent stake as well as voting rights in Ferrari and are expected to work together in order to prevent a takeover by the remaining shareholders.

Like FCA which is primarily based in Turin and Detroit, the Ferrari NV holding company is nominally incorporated in the Netherlands. However, the company will continue to mainly operate from its base on the outskirts of Modena in Maranello, Italy. As of now, Sergio Marchionne continues in his positions as both chief executive of FCA and chairman of Ferrari, just like he headed both Chrysler and Fiat before FCA was formed.