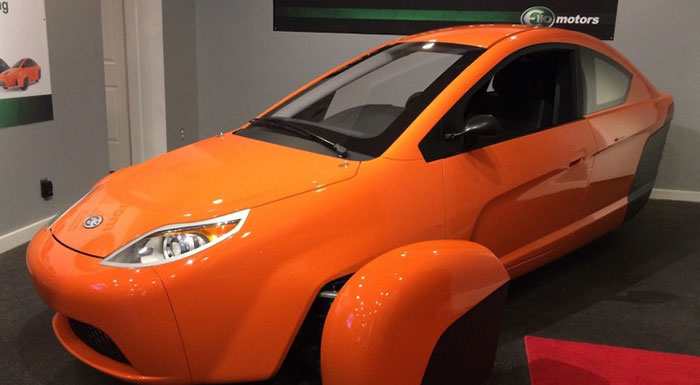 Elio Motors, which had made news by generating considerable interest during its stock offering has revealed that it will be using a portion of the funds that have been raised to date in order to make 25 test and engineering vehicles. Further engineering and validation tests would be carried out in these vehicles to make refinements to the final production prototype of the three wheeled vehicle that holds out the promise of minimal environmental impact and superior fuel efficiency. Production is expected to begin by the end of 2016.

Commenting on the decision, Elio Motors founder and CEO Paul Elio expressed his gratitude to all those who made non-binding expressions of interest. He said that the decision was meant to provide these would be investors with an exclusive timeframe. The engineering and testing vehicles will play a crucial role in speeding up the production process.

With over 11,000 people expressing interest in acquiring a stake in the company, Elio Motors is all set to start selling shares to the public. The company has received approval from regulators to sell shares to raise a maximum amount of USD 25 million. If achieved, this amount would be the maximum amount to be raised by any company that participated in the 2012 “Jump Start Our Business Start-up” (JOBS) Act. Over 47,000 people have expressed a desire to purchase the vehicle once it comes off the production line.

Elio Motors was established in 2008 with the aim of making an enclosed, highly safe three wheeled vehicle that would provide users with mileage of 84 miles per gallon and will have most features seen in conventional cars including airbags, power windows, air conditioning and power door lock. With a proposed base price of US 6,800 for the trike, this vehicle definitely would be a big step forward for endusers if Elio Motors achieves its goal with its low impact on the environment, cheap price.

The company proposes to make the vehicles at a plant in Louisiana factory that was previously used by General Motors and will employ about 1,500 at the factory. As almost 90 per cent of the parts will be made in the United States, another 1,500 jobs would be created as part of the supply base.