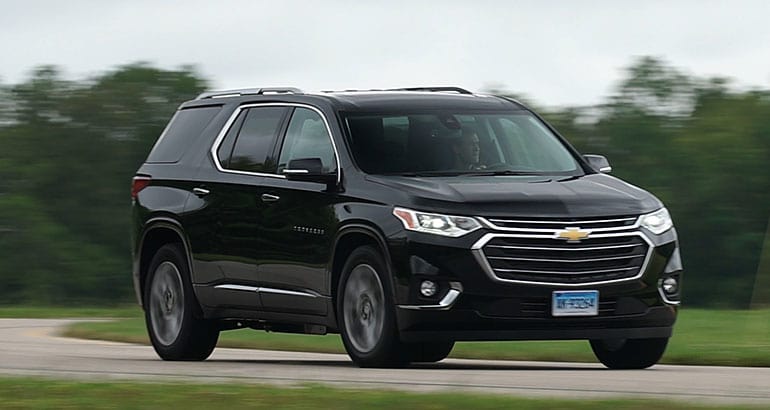 Disney fans would be gratified to learn that the Chevy Traverse comes with features that are similar to one of the most popular rides at Walt Disney World Resort’s Epcot Theme Park. Called Test Track, the ride is the fastest ride at Disney and can attain speeds of upto 65 miles per hour. In view of the fact that this ride is open to even young children, the team that designed this ride had to come up with some really innovative design elements to enhance its safety features. The design team at Chevrolet worked closely with the team at Disney to learn of these additional features that have helped to make the Chevy Traverse a truly great ride

Test Track is one of the most popular rides at the theme park. The ride simulates an open-air race car and even while they are waiting in the queue, guests have the option of choosing their car’s color, shape, engine style and the degree of aerodynamic success for their car. In addition to airbags and other safety features, one feature that the Traverse borrowed from the Test Track is its Teen Driver Technology, which is a standard feature in the ride. The ride does not start until all the customers are buckled up and the Traverse has a similar feature. It is a family vehicle and chances are definitely high for teenagers to be in the driver’s seat from time to time. When the Teen Driver feature is enabled, the teenage driver cannot start the car or even turn the music on unless he is buckled up.

Seatbelts play a significant role in the overall safety of a driver while on the road. Using seatbelts is one of the most effective ways to save lives and reduce injuries in crashes. Hence, parents can have more peace of mind when teenagers drive their car if this feature is enabled.

And of course who can argue with the popularity of a car that is inspired by a Disney ride?