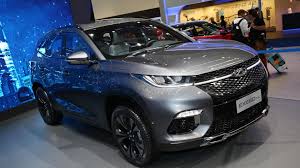 Chery, which is the biggest exporter of cars from China is planning to establish its presence in Germany with a new development and design center near Frankfurt. The center will be set up in the city of Raunheim am Main and will serve as the base for the newly established Chery Europe GmbH from January 2019.

Jochen Tueting who is overseeing the establishment of Chery’s R&D center at Raunheim said that the center will serve as the basis for the entry of the company in Europe. Chery has already started recruitment for the R&D center with a team of automotive experts. Chery’s plan is to employ about 30 to 50 people in the initial phase of the project by the end of 2019.

Chery’s Chairman Tongyue Yin explained that the company’s senior management was aware that in order to be considered as a serious and globally active automobile manufacturer, it was necessary to have a presence in the most important markets. The company used last year’s IAA show to present itself as a brand and now it is well on its way to implementing its plans in and for Europe. It will be launching models from its high-end brand EXEED which will compete with those from leading European manufacturers in terms of quality, design and technology.

The main areas that the Chery R&D center in Raunheim will focus on are research & development, design and marketing & sales. The emphasis will be on careful preparation for the market launch of EXEED models in European markets sometime after 2020.

The location in Germany, automotive experts recruited from Europe and wide ranging cooperation with renowned suppliers will serve as the pillars of Chery’s plan to develop a global development network in the coming years to promote the entry of its models in some of the most competitive markets in the world. The aim is to bundle market-specific know-how and local expertise and incorporate them into the entire vehicle development process.

“If Chery is to become a truly global brand, we have to go to Europe,” says Mr. Yin, making clear how important he considers the European car market to be in the Chinese car manufacturer’s efforts to match major global OEMs as soon as possible. Chery will focus on e-mobility, so a fully electric EXEED vehicle is “very likely” to become the first model to enter the European market.

Chery Automobile Co. Ltd. is the leading exporter of vehicles from China and sold over 1.5 million units sold globally, of which more than 108,000 were sold in 2017 alone. The company’s sales accounts for about 30 percent of all Chinese vehicle exports. In the period from January to August 2018, Chery has already sold more than 462,000 vehicles. The electrified segment has grown at 231 percent with about 50,000 units sold. The company has a presence in over 80 foreign countries and regions and has over 14,000 employees across the globe, of whom 5,500 work in research and development.