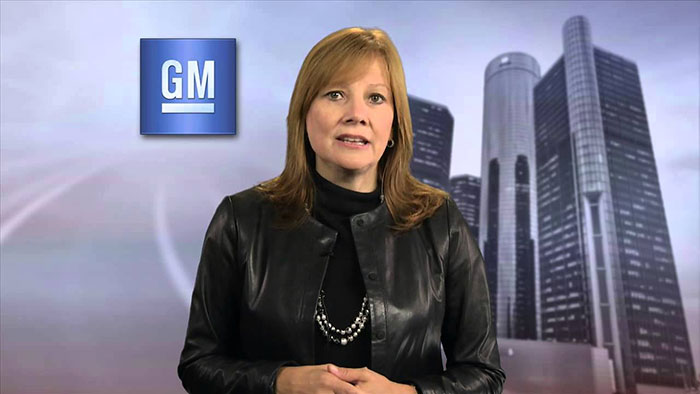 CEO Mary Barra Chosen as Chairman of GM Board of Directors

Commenting on her new position, Barra said that she will continue to focus on increasing shareholder value by transforming personal mobility and improving the company’s core business.

It has not been all smooth sailing for Barra. Immediately after taking up the CEO post, she had to face the challenge of handling the ignition switch hearing, which even led to a congressional hearing and the threat of a merger approach from rival company, FCA.

However, she has been able to steer the company successfully through tough times and develop a strong leadership team with the company attaining both technological and financial success under her leadership. Fortune put her at the top of its list of most powerful women.

Paying tribute to her leadership, the outgoing chairman, Tim Solso said, “”At a time of unprecedented industry change, the board concluded it is in the best interests of the company to combine the roles of chair and CEO in order to drive the most efficient execution of our plan and vision for the future. With GM consistently delivering on its targets and on track to generate significant value for its shareholders, this is the right time for Mary to assume this role.”

Barra is a longstanding GM veteran, starting out with the company in 1980 at the Pontiac Motor pision as a General Motors Institute (Kettering University) co-op student. She then progressed to increasingly senior roles like director of Competitive Operations Engineering, senior vice president, Global Product Development and executive vice president, Global Product Development, Purchasing & Supply Chain before becoming the most powerful woman in the automotive industry by taking up the CEO post.