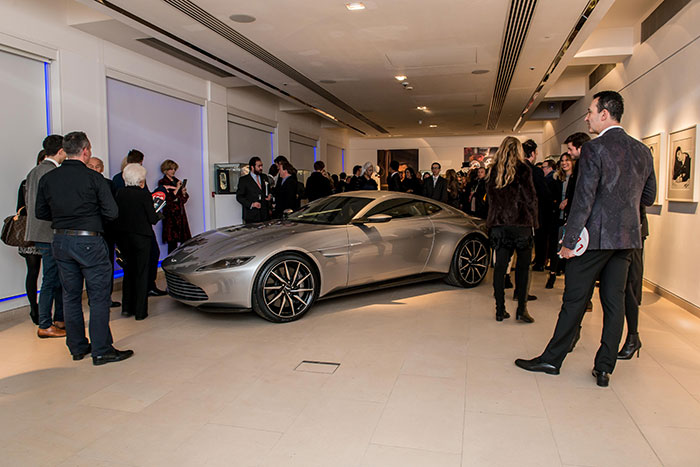 The live auction of the highly rare Aston Martin DB10 that was used in the James Bond film, Spectre, raised an amazing amount of GBP 2.4 million for the renowned medical charity, Medecins Sans Frontieres. The auction was held at the famous Christies auction house in London on February 20 and the bidding was highly competitive till the gavel went down on the final bid of GBP 2,434,500.

The buyer ended up with a car that made history and will now own the only Aston Martin DB10 that was made available to the public. The model celebrated Aston Martin’s long running collaboration with Bond that has lasted for over 50 years. It began with the stylish DB5, and the DB10 points to the future design direction that the next generation of Aston Martins will have. Only 10 units of the DB10, the bespoke sports car were made. These were hand built by the expert team of designers, engineers and craftsmen for the latest Bond movie, Spectre at Aston Martin’s Gaydon headquarters in the UK.

Of the ten units, eight were customized for filming while the remaining two were retained for display. The car that was auctioned is one of them.

The funds raised through the auction of the Aston Martin DB10 will go to the charity, Médecins Sans Frontières. MSF – or ‘Doctors without Borders’, an organization that is involved with the provision of medical care to people in need across the globe including those who are suffering as an outcome of wars, epidemics and natural disasters.