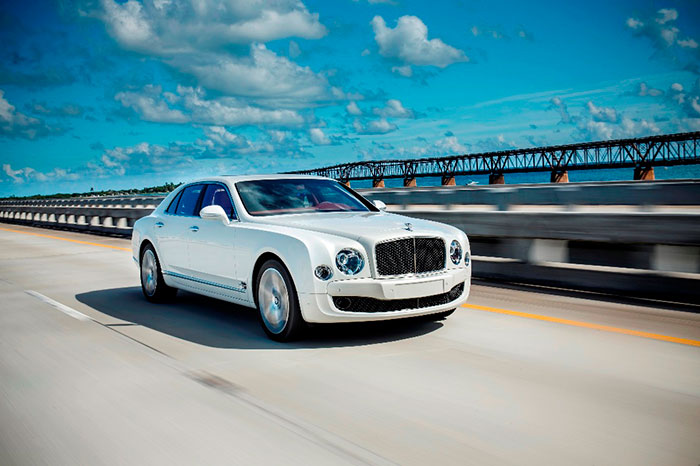 The Arab Wheels Awards, which were instituted this year to recognize the best models in inpidual categories in the automotive market, were awarded on the basis of rigorous screening by a panel of regional automotive experts like Ralph R Debbas, Chairman/CEO of W Motors S.A.L, Khaled Hammoud, Editor in Chief of Auto Info magazine, Nabil Moustafa, Managing Partner/Xclusive SARL for Automotive Events, and Issam Eid, Editor in Chief of Arab Wheels.

The two consecutive regional awards point to the reputation that Mulsanne Speed has already established as the ultra-luxury sedan of choice for both motoring enthusiasts and customers.

Accepting the award on behalf of Bentley Motors, Neil Wilford, Regional Manager Middle East, India and Africa said, “The Mulsanne Speed is truly a statement in quintessential British luxury, it defines Bentley as a flagship for driving luxury and performance. We are very pleased to see that the Mulsanne Speed has been recognised by automotive experts in the Middle East only months after its regional launch.”

Speaking about the award given to the Mulsanne Speed, Issam Eid, Editor-in-Chief of Arab Wheels said that the model was a cut above the other contenders in the category. With every Bentley being handcrafted by experts, he said the Mulsanne Speed is a true luxury sedan.’

The Mulsanne Speed uses the finest materials, and comes with the latest on-board technology, connectivity and intricate handcrafted touches to redefine the concept of luxury.

The Mulliner Driving Specification interior features which are fitted as a standard option in the Mulsanne Speed include a coined finish to interior door handles, embroidered Bentley emblems on all the seats, diamond quilted hide door panels and seats, drilled alloy sports foot pedals and indented hide headlining

Currently, the Mulsanne Speed is available at Bentley dealers across the Middle East, and while choosing their model, customers can choose from 24 different hide colours, in six different colour splits, and ten different veneers (seven as cost options).