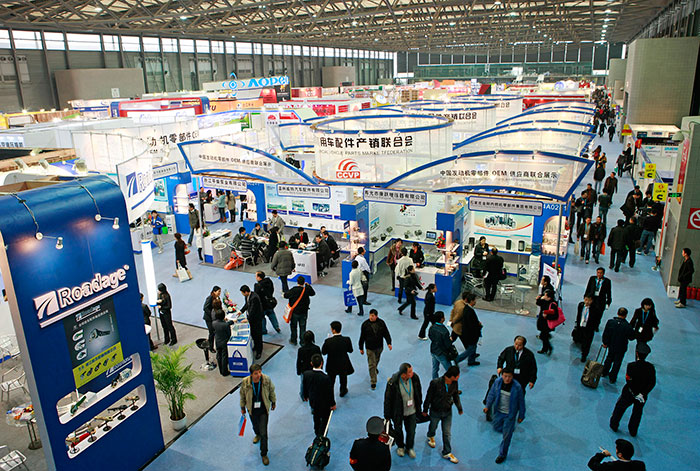 Automechanika Shanghai 2015 is poised to have record number of exhibitors with the shift to a new venue. The event, which is the second largest Automechanika event worldwide is jointly organized by Messe Frankfurt (Shanghai) Co Ltd and the China National Automotive Industry International Corporation (CNAICO), is scheduled to be held from 2 – 5 December at the National Exhibition and Convention Center in Puxi, Shanghai. This will be the largest edition ever of Automechanika Shanghai ever with an expected attendance of over 100,000 global buyers and trade visitors. This will be an increase of 12 per cent on last year.

According to the organizers of the event, the event had to be shifted to the new venue as the outcome of demand exceeding supply at the previous exhibition space. The new venue offers 280,000 square meters, a significant increase of 27 per cent and this will be used to showcase the latest automotive products and services spread through 11 halls in what is arguably the largest single block building and exhibition complex in the world.

The exhibition will include exhibitors whose products cover the entire automobile industry chain including OE and aftermarket. The event will be classified into four major industry sectors namely Parts & Components, Repair & Maintenance, Accessories & Tuning and the newly-added Electronics & Systems. Electronics & Systems category was added as new category this year due to demand on the part of exhibitors who participated in previous editions of the trade show and this section alone will cover more than 40,000 sqm of exhibition space, which is about 15 per cent of the total exhibition show space and will include 658 exhibitors. Several renowned companies including Continental Automotive, Denso, Hella, Huirun, Magneti Marelli and Zhejiang VIE will be participating in the new category.

The number of exhibitors this year has increased to 5,395, a 10 per cent increase from the 2014 edition, with the exhibitors belonging to as many as 39 countries and regions worldwide. The number of international exhibitors has gone up 16 per cent this year, in comparison to last year. Participants from five countries, namely, Ecuador, Finland, Israel, Liechtenstein and Morocco will be participating in the event for the first time while those from 34 other countries and regions including the UAE are veterans of the show.

Automechanika Shanghai will have 18 overseas pavilions, including two new first timers – Israel and Russia. A few brands that are making their appearance at this show for the first time include Denso, Du Pont, Bosch, Brembo, Federal Mogul, Hella, Osram and Mahle.