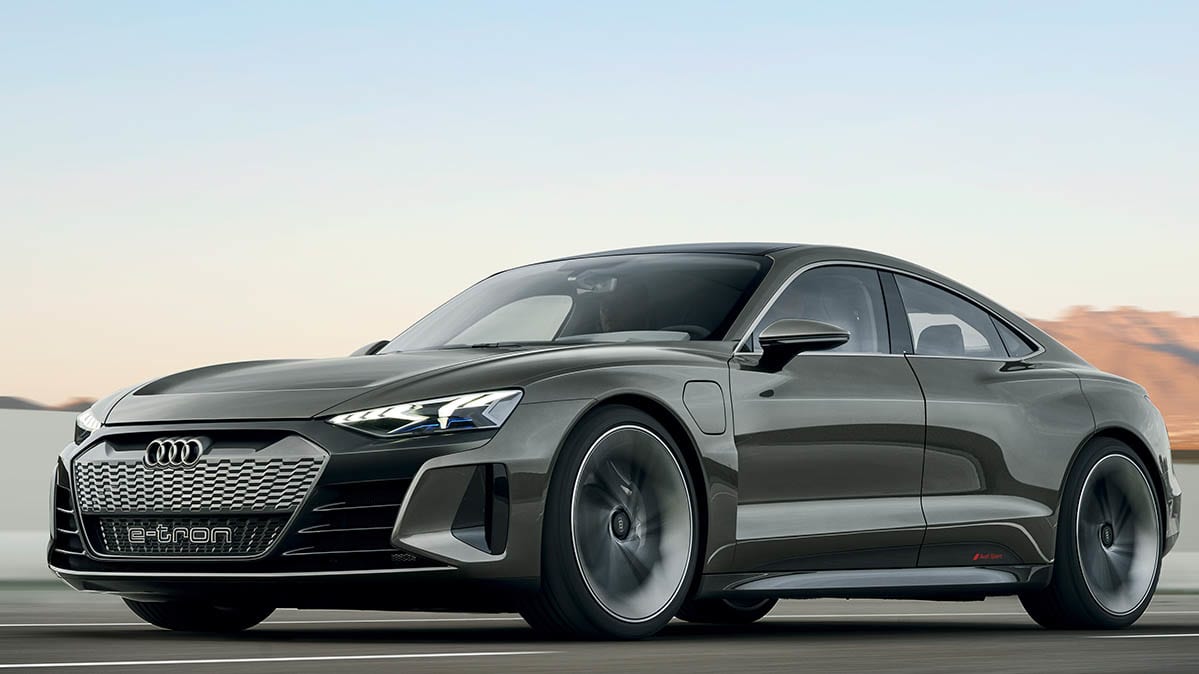 Audi unveiled its Audi E-tron GT concept car at the LA Auto Show. The car is slated to be available for sale in just two years.

The Audi E-tron GT concept car is a sleek sedan that is powered by the same drivetrain and battery platform that will be used in the Taycan, Porsche’s first EV. Audi said that it will begin deliveries of the sedan based on the concept car in early 2021.

Audi did not reveal any details about the price but it is likely to cost almost GBP 100,000. Audi will be making the car at its Bollinger Hofe plant in Germany, where it is currently making the R8. The Audi E-Tron GT Concept four-door sports saloon will be the third of Audi’s stand-alone electric models, following the unveiling of the E-tron and the E-tron Sportback. A plan for a compact electric model is also in the works. Audi plans to have a total of 12 electric models by 2025.

Audi revealed that the Audi the E-Tron GT, which is fitted with 22-inch wheels, will be powered by a 90kWh battery pack and will have an electric motor on each axle.

The GT’s two synchronous motors will have a total output of 582bhp, a really impressive figure for a vehicle having an allelectric drive. The car will be able to go from 0-62 mph in just 3.5 seconds and will have a top speed of 149 mph.

Torque is transferred to the wheels through the quattro permanent all-wheel drive with torque vectoring. The GT’s 96kWh battery occupies the entire underfloor area between the front and rear axles, and this gives the model a center of gravity which is comparable to the R8.

Another feature of the vehicle is its all-wheel steering, which lend it a “sports car-like agility and precision”. According to Audi, the 96kWh battery delivers the perfect combination of performance, charging time and range. The new sedan will have a range of 400 kilometers on Europe’s new Worldwide Harmonised Light Vehicle Test Procedure (WLTP) standards. The car can also be charged at 350 kW. This means that the charging time needed for an 80 per cent fast charge will be less than 20 minutes.