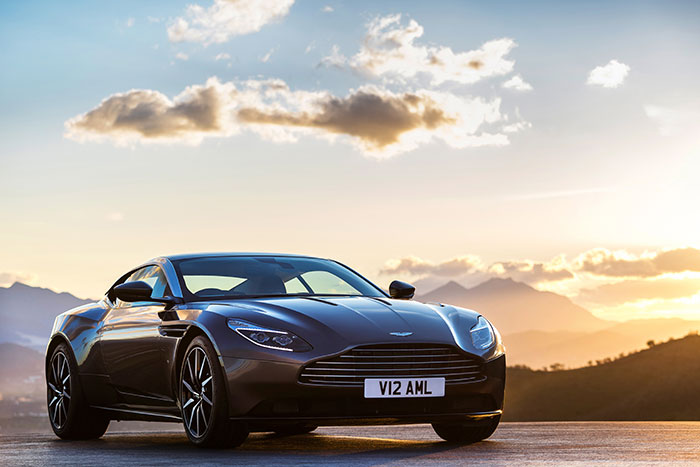 Aston Martin’s new DB11 has won what the brand hopes is the first of many awards by bagging the renowned Car Design Award, which was presented at the Salone dell’ Auto Torino, Italy.

The jury of experts which was drawn from automotive experts belonging to 10 international automotive magazines chose the DB11 as the Production Car of the year saying that the model has given a more daring interpretation to Aston Martin’s historical design elements and proportions like the muscular rear fenders, aluminium roof and an elongated bonnet, especially when it came to the dramatic new roof strake that helps the model to effectively convey an impression of both power and elegance.

The DB11 was the first model to be launched under the brand’s “Second Century’ plan, and its most distinctive features are its fresh approach to design, the its pathbreaking aerodynamics and powerful new 5.2-litre twin-turbocharged V12 engine that was designed inhouse. The model heralds a new era in design and is a worthy follower to previous models the DB2/4, the DB5 and the DB10 that was developed specifically for the Bond movie “Spectre”.

Commenting on the award, Executive Vice President and Chief Creative Officer, Marek Reichman said that the award attested to the brand values and design philosophy of Aston Martin. He added that every millimeter of DB11 was redesigned from scratch with the aim of creating the most alluring DB ever.

The award ceremony was held in Parco Valentino Torino last Wednesday. Mark Kenworthy, Regional Director of Aston Martin Lagonda of Europe, said: “The Aston Martin DB11 is the bold new figurehead of the illustrious ‘DB’ bloodline and an authentic, dynamic sporting GT in the finest Aston Martin tradition. Winning this prestigious award even before the DB11 arrives at dealerships in October this year, underlines the outstanding achievements of our design and engineering teams.”