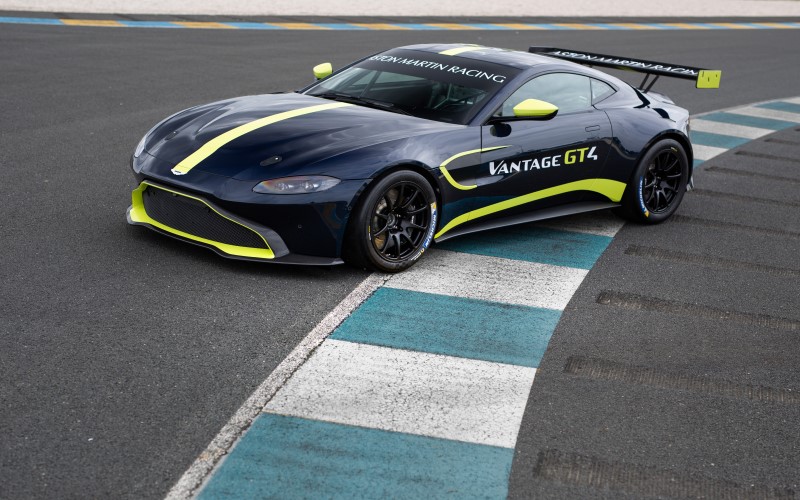 In the runup to the final race of the FIA Formula One Etihad Airways Abu Dhabi Grand Prix, Aston Martin Lagonda has that it would be partnering with the Yas Marina Circuit making the venue the official ‘home’ of the British marque in the Middle East.

The partnership between the two entities was formalised by Dr Andy Palmer, President and Group Chief Executive Officer of Aston Martin and Al Tareq Al Ameri, CEO of the Yas Marina Circuit prior to qualifying for the Grand Prix on Saturday, 24th November 2018.

Commenting on the partnership, Dan Balmer said that Aston Martin was really excited about bringing its vision for the region to life, and supporting the company’s global vision for solidifying the structured growth of its involvement in motorsport.

He said that the new partnership further reinforces the importance that the Middle East region has for Aston Martin. The company’s new regional office will now be at the Yas Marina Circuit, and this will allow Aston Martin to continue its ongoing investment in people and the expansion of the brand in the Middle East.

Aston Martin’s 105-year history is closely ties to its involvement in competitive motorsport and this partnership with one of the most iconic F1 circuits in the world will strengthen that commitment. Aston Martin currently competes at the top-level of motorsport with Aston Martin Red Bull racing in Formula One and Aston Martin Racing in the World Endurance Championship (FIA WEC).

Commenting on the partnership, Al Tareq Al Ameri said, “We are extremely proud to be opening our doors to Aston Martin and very much look forward to a long and fruitful partnership. We welcome them to our motorsport family on a more official level now – with its Regional office based at the Circuit and also with the integration of six new Vantage GT4s within our racing fleet.”

The new generation of Aston Martin Vantage GT4 race cars which were launched this summer will be delivered to the Yas Marina Circuit in 2019 and sport a design derived from the critically-acclaimed next generation Vantage road car and the World Endurance Championship challenger, the Vantage GTE. The Vantage GTE scored its first victory in China earlier in November.

The Aston Martin Vantage GT4 car will make its global competition debut at the Yas Marina circuit on Saturday 15 December, 2018 in the Gulf 12 Hour endurance race. Run by the Aston Martin Racing factory team, it will race alongside a trio of the new Vantage GT3 cars entered by partner teams TF Sport, Beechdean AMR and R-Motorsport in the unique end of season GT racing extravaganza.