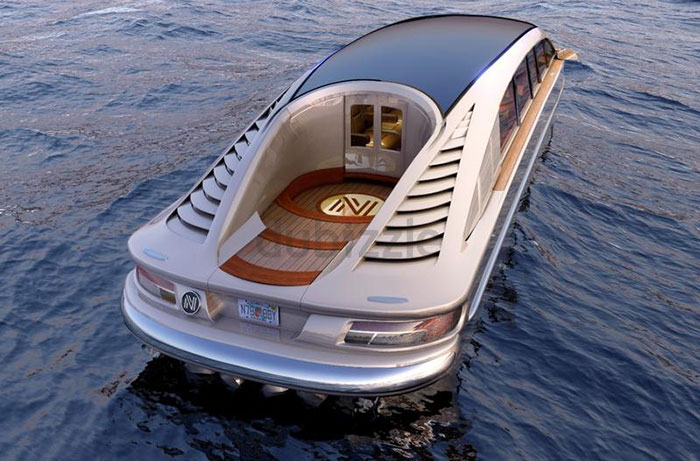 Dubai stayed true to its reputation for luxury in the New Year with a dubizzle listing that has attracted plenty of attention. Amphibious vehicles are a novelty, but one such vehicle has been posted on the popular classifieds site, dubizzle with an asking price of AED 15 million.

Nouvoyage’s tender 33 is a 10-meter limousine meant for a mega yacht and is currently the most expensive vehicle that has been posted on the site. The Nouvoyage tender 33 has the capacity to seat 12 guests, a driver and an assistant. On water, it can cruise at a speed of 20 knots with 500-600 horsepower.

The luxury features of the limousine include a premium sound system, power sunroof, leather seats and many more eyecatching details.

Commenting on the listing, Osman Bhurgri, Marketing Manager of dubizzle – Motors said that though luxury vehicles and yachts are a fairly common sight in the UAE, this limousine tender pushes the limits of what has been posted on dubizzle so far.

Dubizzle had recently published a report on the used cars scene in Abu Dhabi, its Abu Dhabi Motors Report, which revealed that luxury yachts topped the list of the most expensive items on dubizzle Abu Dhabi. Bhurgri added that the Nouvoyage’s tender 33 is yet another example of the exciting products that can be found on the site.