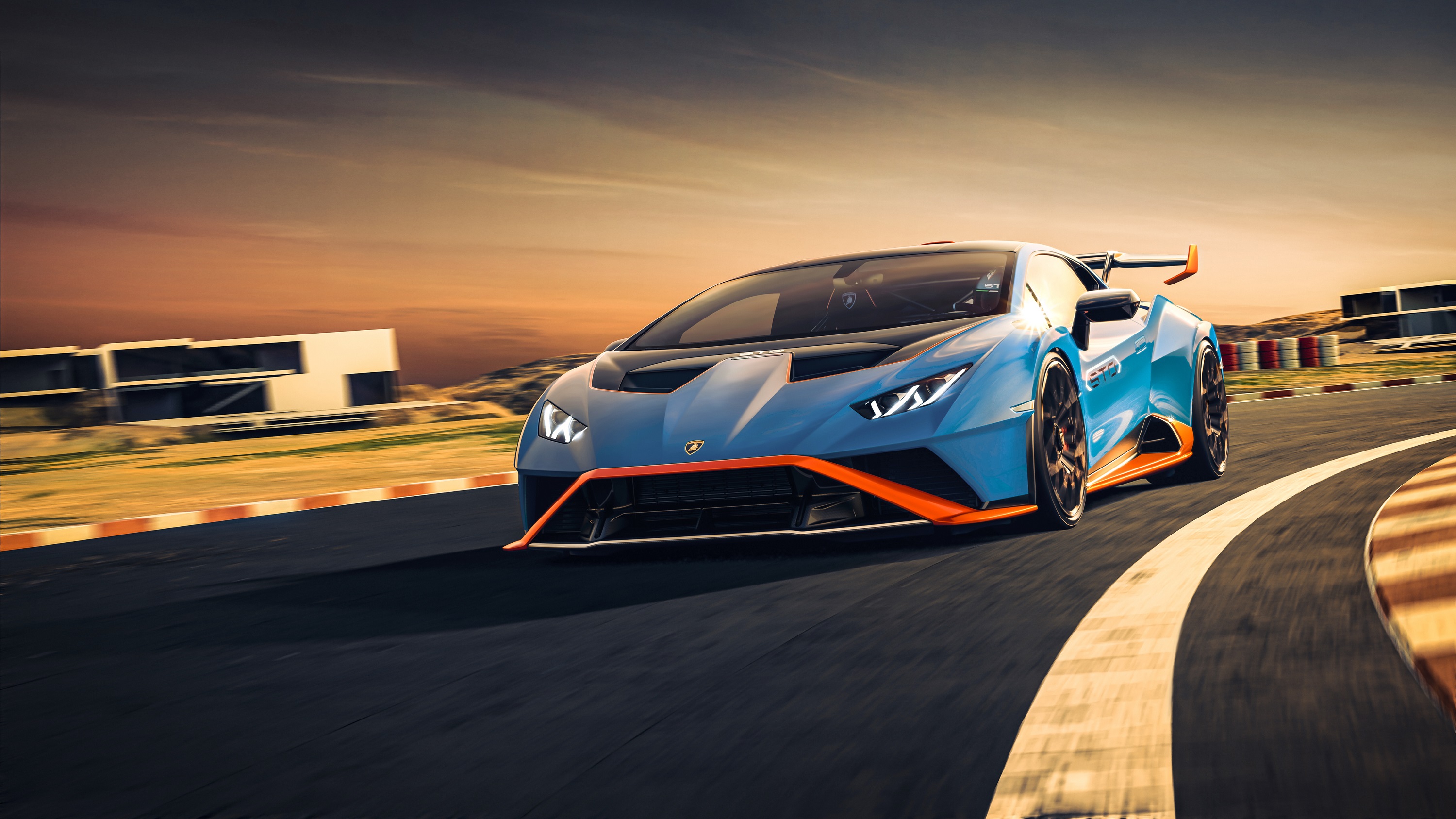 Automobili Lamborghini responded to a year marked by the great challenges of the global pandemic, with enormous energy and determination. The company delivered 7,430 cars worldwide in 2020, a decrease of only 9 per cent compared to the previous year. The slight drop is clearly attributable to the 70-day production shutdown in the spring, in compliance with Italian government directives and to protect the health of workers during the first emergency phase. In contrast, the second six months saw record sales figures, resulting in the best second half-year for deliveries-to-customers in the company’s history.

The United States was confirmed as the top market with 2,224 cars, followed by Germany (607), mainland China, Hong Kong and Macau (604), Japan (600), the United Kingdom (517) and Italy (347). The two countries with the highest growth were South Korea (303 units, + 75 per cent) and Germany (607 units, +8 per cent). The Urus SUV, which just last year set a production record of 10,000 units, was the most successful model with 4,391 cars delivered. Both the super sports car lines made a significant contribution to global volumes: The V10 Huracán recorded growing numbers with 2,193 cars sold (+3per cent), alongside 846 V12 Aventador units delivered worldwide.

The new 2021 year gets off to a positive start with a robust order portfolio: so much so that more than half 2021’s planned production has already been assigned.

Stephan Winkelmann, President and CEO of Automobili Lamborghini, commented: “The 2020 results are a clear demonstration of the excellent work that, despite the difficulties of a year of global challenges, was carried out by the entire Lamborghini team with enormous dedication and a spirit of resilience. It is a great honour for me to again be part of our future: the sense of community felt so strongly during the past year, along with the values of social responsibility and the drive toward innovation that has always distinguished Lamborghini, will be the basis for confronting a challenging 2021, with the aim of consolidating the product range, seeking new business prospects, and further strengthening the brand.”

2020 in brief: from the launch of six new products to a leadership change

Despite the Covid-19 emergency period that led Lamborghini to a 70-day production shutdown from March to May, Lamborghini realised a continuing program of new product launches: six in twelve months.

In January the coupé version of the new Huracán EVO Rear-Wheel Drive (RWD) was presented. In May, Lamborghini was the first automotive brand to make use of augmented reality for the debut of the Huracán EVO RWD Spyder, the open-air version of its rear-wheel-drive V10 model. July brought another open-air car, but in a very limited series of only 19 units: The Sián Roadster, the first open-air Lamborghini featuring ground-breaking hybrid technology based on the company’s iconic V12 engine. Next came the Essenza SCV12, a track-only hypercar in a limited edition of 40, engineered by Lamborghini Squadra Corse and designed by Lamborghini Centro Stile; and the Huracán STO – Super Trofeo Omologata – inspired by the Huracán Super Trofeo EVO and GT3 EVO racing cars and homologated for road use. Finally, at the end of the year, the SC20 was unveiled: a unique specimen of open-top track car type-approved for road use, the first open-top one-off developed by Lamborghini’s motorsport department and designed by the Centro Stile following the wishes of the customer, who was involved in the project right from the first drawings by the Lamborghini designers.

Other important events included significant production milestones (10,000 Urus and 10,000 Aventador units); the offer of new customisation options with the introduction of further Ad Personam colours for Urus and Huracán; and the presentation of a special Aventador S designed by Japanese designer Yohji Yamamoto at the inauguration of the new Lamborghini Lounge in Tokyo.

The month of December was marked by the change of leadership: as of 1 December 2020, Stephan Winkelmann is the new President and CEO, succeeding Stefano Domenicali while maintaining the presidency of Bugatti.

A year of Social Responsibility initiatives

Lamborghini reacted promptly to the first phase of the pandemic and carried out important social responsibility initiatives throughout 2020. During the period when normal activities were suspended, the company converted some of its departments to produce medical masks and visors for the Sant’Orsola Hospital in Bologna, as well as collaborating with SIARE Engineering International Group for the co-engineering and production of lung simulators.

In September, Lamborghini launched an important cultural and artistic project named “With Italy, for Italy”, conceived as an act of love by a company for its country, to support it in a time of great challenges. Twenty-one Italian talents of contemporary photography were involved, each invited to interpret and celebrate the beauty and uniqueness of the Italian regions together with Lamborghini models of the past and present. Initially launched with a social media campaign, the project was then translated into a photographic book published by Skira.

Finally, in December an important charitable initiative was launched in conjunction with American singer-songwriter Lady Gaga, a collaboration aimed at supporting communities disproportionately impacted by the spread of the pandemic. The proceeds of the sweepstakes organised by Omaze between November and December will be donated to these communities, with the chance for contributing fans to win the Huracán EVO RWD featured in “911”, the artist’s latest single.

With the pandemic prompting the acceleration of digital channels, Lamborghini reinforced its social media strategy and recorded steady growth throughout 2020. Instagram is the company’s most successful social network: in just one year, the number of followers has grown from 23 to 29 million, a figure that places it at the top of the most popular super sports car brands’ ranking on Instagram. On Facebook Lamborghini has 12.9 million fans, and on YouTube the numbers have grown from 1.1 million to the current 1.6 million subscribers. In addition, in November Lamborghini was the first company in the luxury super sports car sector to establish its own official profile, @lamborghiniofficial, on TikTok, the platform for creating and sharing short videos from mobile devices, a favorite of Generation Z and Millennials. In just under two months, the profile has reached over 131,000 followers.

2020 was also a year of major partnerships for Lamborghini, forming bonds with leading partners offering access to superior quality products in new fields, and as a result creating extremely exclusive and unique co-branded products. Its most highly rated partnerships include The LEGO Group, bringing the Lamborghini Sián FKP 37 LEGO® Technic™, a 1:8 scale model consisting of 3,696 pieces resulting in a perfect reproduction of the breathtaking hybrid Lamborghini super sports car.

In the field of fashion, Lamborghini has partnered with the world-renowned fashion designer Yohji Yamamoto and with Supreme, the iconic street wear brand from New York, leading to the launch of a capsule collection that sold out in just 48 hours. In the nautical world, Lamborghini has an agreement with The Italian Sea Group and presented the worldwide premiere of Tecnomar for Lamborghini 63: the new motor yacht in the Tecnomar fleet, a limited edition celebrating the anniversary of the foundation of Lamborghini. The year closed with the collaboration between Lamborghini and Ducati and the launch of the Ducati Diavel 1260 Lamborghini, a limited-edition motorcycle inspired by the Lamborghini Sián with just 630 models available for sale, to the joy of motorcycling enthusiasts and collectors all around the world.

2020: a year of three historic anniversaries

The year 2020 was distinguished by the anniversaries of three historic models. Two celebrated their 50th anniversary: Urraco, a model that stands out for having introduced technical solutions that were very innovative for the time, and the Jarama GT, the latest evolution of the company’s 2+2 grand touring sedan concept. The Diablo, one of the most iconic cars in Lamborghini’s super sports history and launched in January 1990, celebrated its 30th anniversary.

Excellent results were also achieved by Squadra Corse, Automobili Lamborghini’s motorsport department. In 2020, Squadra Corse marked 490 race cars produced since 2009. In addition, it unveiled the Essenza SCV12, a limited-edition track-only supercar, and the SC20, the second one-off signed by Squadra Corse, both equipped with the naturally-aspirated V12 engine. Among the various track successes, in January for the third consecutive year Lamborghini won the 24 Hours of Daytona, the most famous endurance race in America that kicks off the IMSA championship, consolidating the company’s record of successes in the GTD class.